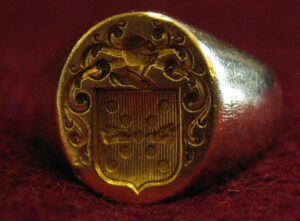 Most Christians are not familiar with the ancient Jewish legal and so are unfamiliar with a bulla and how the bulla affirm the Bible. Many Scripture characters were important people in their time and produced bulla during their lifetimes. Today, we have legal contracts where a signature is confirmed by a notary public or other means. This was not possible in ancient Israel.

Bible bulla are clumps of dried clay into which a carved stone seal was impressed. The impression often had both writings identifying the owners of the seal, and images. These images might reflect the national state if sealed by a government official signifying the importance of the document.

How These Bulla Affirm the Bible

Documents were made from parchment with the inscription generally made by a scribe. These were specially trained individuals who might be called a lawyer today. In Israel, they had extensive knowledge of the Torah and rabbinical literature and of course knew how to read and write.

The legal document was first rolled and then flattened onto itself much like a modern letter might be readied for an envelope. A string is then placed around the document and knotted in order to keep it folded on itself A rectangular layer of clay is placed on the string knot to seal the knot to the document.

The string is then knotted again over the lump of clay and then a second-knot ties the clay to the document. The second layer of clay is then pressed over the second knot. The two lumps of clay are then molded by the fingers in order to seal everything together. 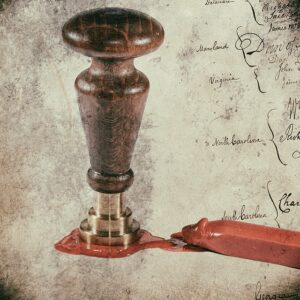 Various references then detail how the bulla is made.

A bulla is formed by impressing a seal on a small lump of clay attached to a written document; thus, it inherently contains somewhat more information than the seal itself.

The bullae are small lumps or pieces of clay, originally attached to a string or cord which had been wound and tied around a rolled or folded papyrus scroll. The upper surface of the bullae shows the seal impressions, while on the back, impressed marks of the papyrus fibers and of the string can be discerned. Generally, the bullae are of a fine, levigated clay.

The assemblage [255 bullae in 1975] clearly originates from the site of a conflagration. Though this fire destroyed the papyrus documents which had been sealed with the bullae, it baked the clay bullae themselves, making them durable. Uneven firing led to variations in the color of the bullae, from reddish-brown through yellowish and, mainly, grey and black. Sometimes the clay was greatly overfired, making it fragile and friable.

The use of papyrus scrolls, and their sealing with bullae of clay, certainly derived from Egypt, the homeland of papyrus. (Hebrew Bullae from the time of Jeremiah: Remnants of a burnt archive, Nahman Avigad, 1986).

Official documents were often housed in a scriptorium rather like a modern library. An unsealed copy of the document was also made which could be kept for future reference. If there was a serious question whether the unsealed document was genuine, the sealed document could then be retrieved, the seal broken and then accessed.

Fire may burn the documents and strings but the bulla is “fired” in much the same way as pottery is fired. This turns the lumps of clay into pottery which is much more durable.

Many authentic clay seals from the time of the Babylonian captivity and burning of Jerusalem. Some of these bullae have been found to be remarkably valuable belonging to important Biblical characters. Of course, finding bullae owned by Bible characters affirms their existence. In so doing, the bullae also help to affirm the underlying Biblical narrative.

The fact that there are hundreds of known ancient bulla show how important they are to affirm the Bible.

Indirectly, Nebuchadnezzar helped to affirm the Bible narrative by his destruction of Jerusalem by fire. Unfired clay bullae have also been found dating back to 333 BC.  These bullae were preserved in clay jars dry caves and stored inside pottery jars. 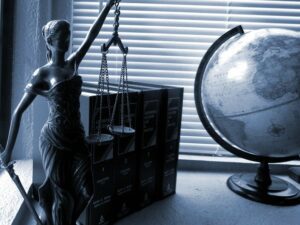 Scales of Justice – Image by jessica45 from Pixabay

Documents in the ancient world were frequently written on parchment or vellum (animal skin). The scribe acts as a lawyer to record the legal details and then seal the document with a bulla as noted above.

I bought the field which was at Anathoth from Hanamel my uncle’s son, and I weighed out the silver for him, seventeen shekels of silver. I signed and sealed the deed, and called in witnesses, and weighed out the silver on the scales. Then I took the deeds of purchase, both the sealed copy containing the terms and conditions and the open copy; and I gave the deed of purchase to Baruch the son of Neriah, the son of Mahseiah, in the sight of Hanamel my uncle’s son and in the sight of the witnesses who signed the deed of purchase, before all the Jews who were sitting in the court of the guard.

This shows how what we would today call a “deed of sale” was written out in front of witnesses on two separate scrolls by Jeremiah’s scribe, Baruch. The one official deed would only be opened if a dispute arose, and an unofficial copy which could be examined at leisure. subsequently, the scribe put the copies in a pottery storage jar with a water-resistant ceramic lid.

Making of Seals to Imprint Bulla

The seal is what is pressed into clay to make an impression into the clay. Usually, the seal was made from a precious stone, although sometimes they were also made from fired clay pottery or even metals.

There are several seal stones in existence being made from various stones.

Finally, there is another seal made from Red Carnelian which is a silicate dioxide, with the inscription Shelemiah (son of Shema) (Jer 38:1) reading “Belonging to Shelemyahu son of Shema). This is residing in a private collection.

A seal would be difficult to make as the inscription had to be carved in mirror reverse so that when it was pressed upon the clay it would leave a readable image.

The stone was set into a metal ring and carried by the person to whom it belonged.   The stone was then readily available for official purposes.

The seals and bulla affirm the Bible as their inscriptions identify Biblical characters.

Bullae have been found throughout Israel and surrounding countries but mostly in Jerusalem. They were used in sealing official documents with an inscription on them identifying the owner.

The important aspect for Christians is how bulla affirm the Bible.

These were used for official documents as in the case of Jeremiah noted above. In his case, the seal was used to seal a document of sale for a parcel of land he had purchased with silver.

But far more importantly, many of these seals have been able to survive until today as they were exposed to intense heat. This heat was from a fire associated with the Babylonian conquest of Jerusalem.

Most of the documents seal in this manner were placed in a ceramic holder with a water-resistant seal.  The seal could protect the document from the elements and also from spying eyes.

Some of the seals recovered from Israel include mention of important prophets (Isaiah), kings, scribes, and ordinary people mentioned in Scripture.

Archaeology continues to affirm the Biblical story as it substantiates their existence.

Ahab in the Bible

Liberal scholarship over the past century placed doubt on whether the ancient Jewish kings such as Ahab in the Bible really existed. Many believe they were just myths perpetuated by Jewish writers centuries later in order to promote a glorious past history. Fortunately for those promoting the accuracy of the… Read More »

Another royal seal from the First Temple era in the 7th century BC has been uncovered in Jerusalem. Excavated from the foundations of the Western Wall demonstrate the presence of Jewish people in the land of modern-day Israel dating back 2700 years. The Royal Steward Seal Archaeological explorations throughout the… Read More »

The Big Bang
Bulla of Azariah from Old Testament

Leave A Response to "Bulla Affirm the Bible" Cancel reply