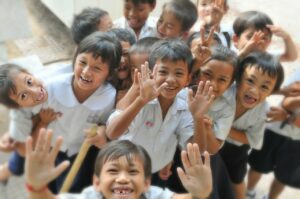 Many Christians and those with traditional values urgently try to get their children out of public (government) schools.  Public schools in many states have become a laboratory of social change, promulgating an anti-Christian belief system, promoting pornographic books to middle schoolers, and having drag queen performances to middle school students that would shock any adult.

Public school boards in many states have become increasingly belligerent against parents, even hiding aspects of children’s healthcare from their parents.  Objecting parents have been labeled “terrorists” by some law enforcement agencies.  Public schools’ assumption of parental rights has resulted in backlash from parental groups.  Conservative parents are running for school board positions across the country, trying to take back their rights as parents.

Florida is ground zero for parental discontent with public schools and their sexualization of early elementary school students.  Teaching sexually explicit material to kindergarten through third grade was the last straw in that state.  This resulted in the Parental Rights in Education bill, which “reinforces parents’ fundamental rights to make decisions regarding the upbringing of their children.”  Conservative parents came out in droves to run for school board elections and won.  Of the most than thirty school board candidates Governor DeSantis endorsed, twenty-five of them won their elections or are headed for a November runoff.

Concerned parents frequently consider removing their children from the toxic environment of a public school and enrolling them in private education homeschooling then.  Unfortunately, homeschooling is not practical for many families who turn to private schools.  Unfortunately, private schools pose a significant financial commitment because they usually need to pay hundreds of dollars a month for this education.  This becomes even more difficult when more than one child is involved.

A Christian school is dedicated to providing young people with a safe and non-threatening environment.  They learn how to make ethical and moral choices throughout their lives as they learn character education.  They learn the objective truths and morality that have served civilization for thousands of years rather than the radically different, anti-Christian views promulgated by some public schools. 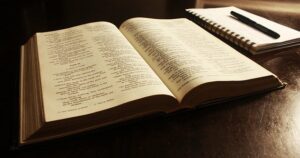 Image by AgnieszkaMonk from Pixabay

Scripture and any mention of Christian morality are discouraged in public schools.  Any deviation will be quickly met with lawsuits from various atheist organizations.  These groups mainly aim to eliminate God and Christian morality from public education.  They have been very successful.

Christian schools teach children time-honored truths, often through Bible stories.  Scripture teaches how to live a moral life and how to be more successful in life.  A Christian worldview not only benefits the student but also benefits society as a whole.  Scripture remains relevant for modern society as it can help students avoid many pitfalls associated with modern living.  It will guide them to make better choices throughout life, and these choices will create a more fulfilled, happy life.

Moral and spiritual foundations are taught in Christian education, as opposed to private and public schools.  The best schools attempt to foster a sense of community, where everybody helps everybody else attain their greatest potential.

The lack of respect in this attitude leads to shaming, bullying, and social media attacks.  Children have fragile egos during their character formation years, and constant bullying can have devastating life-long consequences. 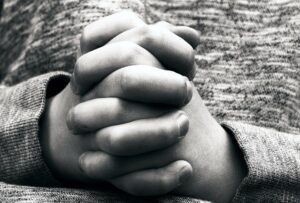 There is no guarantee that teachers in public schools will not attempt to indoctrinate students in non-Christian principles.  Many non-religious teachers see their role in life to promulgate their anti-Christian values to impressionable young students.

Christian schools are teaching a curriculum that is aligned with Christian values.  Christian schools have the ability to align secular education with objective moral values allowing for comprehensive education and sound worldview development.  This increases the student’s chances of having a successful and fulfilling life.

Prayer is part of the everyday experience of Christian school education.  Teachers and students will pray for each other, especially during challenging times.  This helps provide a supportive school environment where everyone feels supported and welcome.

Many students may come from Christian families where communal prayer is never practiced.  A Christian school may be the only time a student can experience what it is like to be prayed for by his peers.

Learn Why You Believe 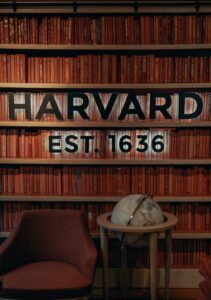 Harvard University was founded as a Christian school.

Students who leave home and go out into the greater world are presented with temptations to follow the easy road of a secular worldview.  Continued moral character in the face of real temptation requires an understanding as to “why” Christians believe what they do.  Unless the student can radically defend their faith from secular attacks (and there will be many) may falter.

Christian education requires more than chapel requirements and Bible reading.  It also requires a deep understanding of “why” we believe.  Christian apologetics must be a part of any Christian education system to help students defend their beliefs when their parents and teachers are not around.

The importance of sound secular learning coupled with Christian education and apologetics was part of the founding principles of Harvard University,

On September 26, 1642, the founders of Harvard University (then Harvard College) in the Rules and Precepts at Harvard stated,

Let every student be plainly instructed, and earnestly pressed to consider well, the main end of his life and studies is to know God and Jesus Christ which is eternal life (John 17:3) and therefore to lay Christ in the bottom, as the only foundation of all sound knowledge and learning. And seeing the Lord only giveth wisdom, let every one seriously set himself by prayer in secret to seek it of him (Proverbs 2, 3).

Many parents who make the financial sacrifice to enter their children into private and religious education expect them to have high standardized achievement scores.

Parents are taking their children back from government-run schools.  They realize these schools provide indoctrination in a worldview in addition to instruction, and this worldview is antithetical to the Christian worldview they wish to instill into their children.

At the very least, they would like schools to be neutral concerning the culture wars against them and their children.  Children schooled at home through distance learning during the COVID situation allowed the parents a glimpse into their instructional day.  What parents saw, they did not like.

Then parents learned how their very young children were being sexualized.  Kindergartners received instruction in sexuality and gender identity that most parents found totally inappropriate.  Yet when they protested this instruction at school board meetings, their concerns were marginalized and ridiculed.  Instead, parents were labeled as “terrorists” and pursued by government agencies.  Parents quickly realized this labeling interfered with their First Amendment right to free speech and peaceful protest.  Parents began organizing, running for school board positions, and winning countrywide.

Other parents wanted instruction for their children that supported their Christian worldview rather than just being neutral.  These parents have chosen Christian schools to support their religious education at home. Children in religious schools escape the bullying, marginalization, and violence present in many secular schools while receiving a Christian-oriented education.  Parents realize Christians have a much greater chance of achieving a better life than their secular counterparts.

Christian education is a good start toward this end.

The Christian Origin of Universities The Christian origin of universities has recently been recognized as one of the greatest contributions of Christianity to the larger society. The ancient Greco-Roman world certainly had its philosophers, poets, and great thinkers and orators.  All these great thinkers were involved in higher education as… Read More »

Charter Schools Charter schools recently have been at the forefront concerning the education of America’s children.  It is clear to many that some public schools – especially in inner-city minority neighborhoods – have been a dismal failure. Education in the United States has been a topic of intense political concern… Read More »

Teacher-led prayer in public schools has been forbidden by the Supreme Court for many decades.  Many Christians feel that the exclusion of God from public schools along with the promotion of secular ideologies has contributed to the failure of graduates to do better in life.  Certainly, this is a difficult… Read More »

The question as to who has custody of children has become a central issue in the homeschooling controversy recently opened by a Harvard Law professor, Elizabeth Bartholet.  She is the faculty director of the Harvard Law School’s Child Advocacy Program who recently wrote an article which proposes a ban on… Read More »