The gospels portray many of Christ’s miracles throughout his three year ministry. Some are rather mundane such as turning water into wine, while others are spectacular such as raising people from the dead.

Such miracles seem – well, unbelievable. Many have argued over the years that these miracles were merely written into the Christ narratives by followers who wanted to glorify their leader.

Skeptics point out that modern science has discredited these miracles and suggests other alternatives. We can watch magicians on television do what appears to be miraculous but we all know it is just an illusion.  Many suggest Christ’s miracles represent a similar trick imposed on ignorant ancient citiznes who believed in magic and sorcery.

So was Christ just a master illusionist who was able to fool the uneducated Jewish masses living in Israel two millennia ago – or was he really God like he said he was?

What are the chances?.

This difficulty is readily admitted by many atheist scientists suggesting there must be some intelligence behind creation. Many theories have been proposed even including “imaginary time” by Hawking which have no observational validity.

Put more plainly, Einstein’s theory of relativity with all its strange predictions has been proven observationally true to one part in trillions. However, there are no non-theist explanations of the origin of life or of the universe.

Yet, many cling hopefully to these unproven theories hoping to escape the reality of the divine.

His argument goes back to the calculation of the chances that miracles are possible. He proposes that while the miraculous is certainly possible, the chances of there being a natural explanation for a given event is always greater.

Witnesses could be mistaken, the incident could be fraudulent, or memories might be wrong concerning a proposed miracle.

Hume might note that the computers we have today would seem miraculous to those living when he was alive nearly four hundred years ago. 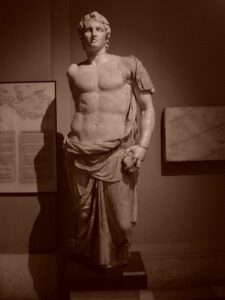 Religious scholars would point out that Christ’s miracles are nothing really unusual. Other religious belief systems also have the protagonist performing miracles.

Some scholars state that the miracles allegedly performed by Christ as even similar to those attributed to some of the Roman gods worshiped during Christ’s lifetime.

There are some ancient belief systems that even have virgin births and resurrection stories.

But most of these alternative virgin births are quite different from that portrayed in the New Testament. For example, Alexander the Great purportedly produced from s sexual union between his mother and a giant python rather than his father.

But there are no stories from the ancient world of people known to have been real people (and not mythological gods) who were definitively killed by very efficient executioners and then came back to life, was seen by hundreds of people, and whose death is declared to serve as payment for the wrong-doings of the world.

There have been several other miraculous claims throughout the Mediterranean world since the time of Christ.

Apollonius of Tyrana did several miracles similar to those performed by Christ along with resurrections. It is even claimed that after his death, Apollonius was taken bodily into heaven.

Atheist Biblical scholar Bart Ehrman relates some of the mythology attached to Appolonius and how he compares with Christ,

Even before he was born, it was known that he would be someone special. A supernatural being informed his mother the child she was to conceive would not be a mere mortal but would be divine. He was born miraculously, and he became an unusually precocious young man. As an adult he left home and went on an itinerant preaching ministry, urging his listeners to live, not for the material things of this world, but for what is spiritual. He gathered a number of disciples around him, who became convinced that his teachings were divinely inspired, in no small part because he himself was divine. He proved it to them by doing many miracles, healing the sick, casting out demons, and raising the dead. But at the end of his life he roused opposition, and his enemies delivered him over to the Roman authorities for judgment, but unlike Jesus was not crucified,[as he vanished from the courtroom and reappeared in another place days later where he was seen by his followers and convinced them that he was not really dead, but lived on in the heavenly realm. Later some of his followers wrote books about him.

Christians have argued that the historical source for Apollonius’ life is problematic. The sophist Philostratus wrote a history of the ancient world at the request of empress Julia Domna. It was completed about a decade after her death. It is contended that because Apollonius and the empress were from Syria and therefore connected, Philostratus thought it would be beneficial for his long term survival to give Apollonius supernatural powers.

The Jewish miracle worker Hanina ben Dosa also was reported to have worked several miracles similar to Christ. One tale states that Hanina prayed for mercy concerning a Jewish patriarch’s son. At the conclusion of the prayers, Hanina assured the patriarch’s messengers that the boy’s fever had resolved. The messengers were doubtful of his knowledge and asked Hanina “Art Thou a Prophet?” Hen then replied,

I am neither a prophet nor the son of a prophet, but experience has taught me that whenever my prayer flows freely it is granted; otherwise, it is rejected.

Ancient Jewish sources largely attest to Christ’s miracles. It is interesting to note that rather than deny the Christian claims to miracles, ancient Jewish scholars confirmed them.

Josephus and the Talmud made the charge that Christ was a sorcerer who led Israel astray thereby confirming he did something amazing.  They believed he did these amazing feats through sorcery, magic, or trickery and that these events were not at all miraculous.

These accusations confirm the Biblical narrative (Mark 3:20-30) where Christ is accused as being empowered by Satan.

The Old Testament gives the closest comparison to Christ’s miracles. For example, there was feeding the multitudes of Jews fleeing Egyptian slavery with manna, Elisha and Elijah raising people from the dead, God’s sovereignty over wind and waves,

Modern people tend to not believe in the miraculous, especially things like bringing dead people back to life.

These miracles are so out of the ordinary experience of twenty-first century modern society that it is not considered a viable belief.  Those who believe in the miraculous are held in derision and are thought to be deceived and uneducated.

Christ allegedly used miracles to demonstrate his divinity, demonstrating he was the promised Messiah. His divine mission was confirmed by circumstances related to his birth, miracles, and the Resurrection.

But do miracles occur today? The Catholic Church would emphatically say “yes”. Pious individuals have to have at least two confirmed miracles before they can be declared a Saint.

So, what to do with the alleged miracles of Christ? It all comes down to the Resurrection – if it did not occur, the nothing else matters. We will cover this topic in other posts.

One of the most difficult aspects of understanding God and the problem of evil is the amount of evil there is in the world. Innocent children die from cancer, terrible tragedies occur all the time, natural disasters wiping out thousands of people, wars consume the treasuries of countries, countless children… Read More »