Finding Junk DNA in your DNA 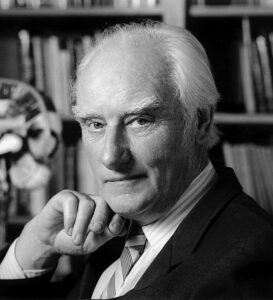 Watson and Crick discovered the chemical structure of the DNA molecule.  These brilliant scientists were able to determine the structure consisted of two complementary strands wrapped around each other, with one strand going in one direction while the other strand went in the other direction.

Each of these strands was composed of subunits called “nucleotides,” each strand containing a sugar molecule (deoxyribose in the case of DNA) attached to a phosphate group and one of four bases: adenine, thymine, cytosine, or guanine.

The Code for Life

DNA is really an immensely complicated code for the production of life proteins, the regulation of which proteins coded in DNA are produced or turned off, mechanisms for error finding and control, and many other functions.

Crick argued that “the main function of the genetic material” is to control the synthesis of proteins.  The DNA molecule provided the evolutionist with the mechanism for evolution – the gradual, random changes of base pairs in the DNA molecule. 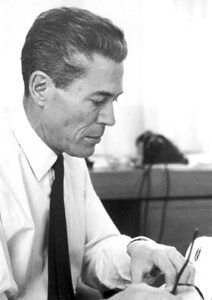 So confident were scientists they had unlocked the “holy grail” of biology that Jacques Monod quipped in 1970,

With that, and the understanding of the random physical basis of mutation that molecular biology has also provided, the mechanism of Darwinism is at last securely founded.

Monod then went on to say,

Man has to understand that he is a mere accident.

Monod, an existentialist, believed “chance and necessity” provided the scientific basis for the origin of life, and opined no need to invoke mystical, supernatural, or religious explanations. 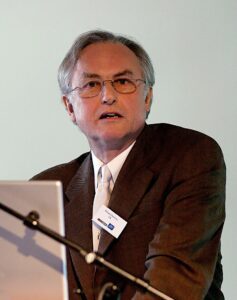 He popularized the concept of a “selfish gene” as one in which the major purpose of living organisms is to ensure the survival of its controlling genes.

But the news for genes was even better than this, because thanks to unguided evolution, these genes would gradually improve in their survival capability over time as they adapted to their environment.  Natural selection of improved traits favors certain genes over others.

Dawkins is one of the best-known of the so-called “New Atheists” who are particularly vocal in their opposition to religion.  He disagreed with the concept of “non-overlapping magisteria” popularized the fellow evolutionist Stephen Jay Gould who had suggested the existence of God should be treated as a scientific hypothesis like any other.  Instead, Dawkins opposed religious belief for two main reasons.  First, he believed religion is a source of conflict, and that justifies belief without evidence.

Dawkins initially used the concept of “junk DNA” as a justification for belief in evolution.  In his book The Selfish Gene published in 1976, he noted that “a large fraction” of our genomes is useless parasitic DNA.  He further opined evolution explains why,

The term “purpose” of DNA is to survive, no more and no less.  The simplest way to explain the surplus DNA is to suppose that it is a parasite, or at best a harmless but useless passenger, hitching a ride in the survival machines created by the other DNA.

Years later in 2004, he preached against “creationists” on the basis of our junky genomes,

[C]reationists might spend some earnest time speculating on why the Creator would bother to litter genomes with untranslated pseudogenes and junk tandem repeat DNA.

He then summed up his notion of junk DNA by noting,

the greater part (95 per cent in the case of humans) of the genome might as well not be there, for all the difference it makes.

When the ENCODE project was published showing most of the “junk” DNA actually had a purpose, Dawkins then changed challenged religious belief again,

There are some creationists who are jumping on ]ENCODE] because they think it’s awkward for Darwinism.  Quite the contrary, of course, it is exactly what a Darwinist would hope for – to find usefulness in the living world.

Dawkins seeks to show that no matter whether there is “junk” DNA or it, it provides evidence against religion.  This is a perfect example of trying to eat your cake and have it too.

The Mystery of “Junk DNA”

While Dawkins was professing the molecular biology orthodoxy of his day, others were recognizing a peculiar problem with DNA.  It seems that most of the DNA molecule is not used in the active manufacture of proteins; in fact, the vast majority of it seemed to be useless junk.  Some scientists suggested the excess DNA may be regulatory in nature, the dominant view was that the non-protein-coding regions simply had no function and was a relic of the cell’s evolutionary past.

The idea that there was a vast repository of non-functional DNA was just what an evolutionary model would predict.  The model predicts gradual improvements through trial and error modifications of the genetic code.  The errors would be expected to gradually accumulate but no longer be functional.

The alternative message was just as damaging for intelligent design.  The idea that most of the DNA in the human genome was “junk” argued against an all-knowing Designer.  At best, the Designer seemed prone to error and very inefficient in the use of genetic material.

Papers were published in scientific journals extolling the importance of “junk” DNA.  For example, the eminent scientists Leslie Orgel and Francis Crick argued that “much DNA in higher organisms is little better than Junk.”  This discarded “can be compared to the spread of a not-too-harmful parasite within its host.  They concluded that this “junk” DNA unlikely had any function and “it would be folly in such cases to hunt obsessively for one.” 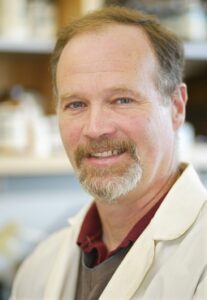 The idea of an intelligent designer was ridiculed by research biologists of the time.  For example, in 1994, Kenneth Miller defended Darwinian evolution by writing,

The human genome is littered with pseudogenes, gene fragments, “orphaned” genes, “junk” DNA, and so many repeated copies of pointless DNA sequences that it cannot be attributed to anything that resembles intelligent design.  If the DNA of a human being or any other organism resembled a carefully constructed computer program, with neatly arranged and logically structured modules each written to fulfill a specific function, the evidence of intelligent design would be overwhelming.

In fact, the genome resembles nothing so much as a hodgepodge of borrowed, copied, mutated, and discarded sequences and commands that have been cobbled together by millions of years of trial and error against the relentless test of survival.  It works, and it works brilliantly; not because of intelligent design, but because of the great blind power of natural selection to innovate, to test, and to discard what fails in favor of what succeeds.

Even Christian scientists were on the “junk” DNA bandwagon.  For example, in 2006, Francis S. Collins, former head of the Human Genome Project and director of the National Institutes of Health, agreed with Miller,  He determined that “junk” DNA provides persuasive evidence that humans evolved through Darwinian evolution rather than through intelligent design.  For example, he noted,

Some might argue that these [ancient repetitive elements] are actually functional elements placed there by the Creator for a good reason, and our discounting of them as junk DNA just betrays our current level of ignorance.  And indeed, some small fraction of them may play important regulatory roles.  But certain examples severely strain the credulity of that explanation.  The process of transposition often damages the jumping gene.  There are [ancient repetitive elements] throughout the human and mouse genomes that were truncated when they landed, removing any possibility of their functioning.  In many instances, one can identify a decapitated and utterly defunct [ancient repetitive elements] in parallel positions in the human and the mouse genome.

unless one is willing to take the position that God has placed these decapitated [ancient repetitive elements] in these precise positions to confuse and mislead us.

The first major challenge to the junk DNA hypothesis happened in 2012.  The breakthrough findings from the international ENCODE project showed the vast areas of DNA which were thought to be “junk” actually serve important purposes.

The Guardian published a summary of these findings in 2012 that is an understandable format for the general public.  They found about 20,000 protein-coding genes are representing about 2 percent of the entire genome.  Previous to this study, the other 98% were relegated as “junk” but most are now known to serve important functions.

Another summary found that much of the remaining 20 percent of the genome is not “junk” either but is used to keep the active portions of the genes at proper distances from each other.  This article notes,

These regions of DNA may then be regarded as structurally important elements in forming the correct shape and separation of condensed coding sequences in the genome, regardless of any other possible function that those non-coding sequences have: in essence, this would be an “explanation” for the persistence in genomes of sequences to which no “function” (in terms of evolutionarily-selected activity), can be ascribed (or, at least, no substantial function)

More recent evidence has shot holes through their original enthusiasm.  The ENCODE project published in multiple peer-reviewed scientific journals in 2012 showed that the vast majority of previously termed “junk” served a purpose after all.  Some of it is regulatory, some of it provides the proper spacing needed between genes to allow their proper function, while other areas produce functional proteins after all.

Far from contradicting an intelligent design inference from biology, these new findings merely show us how little we still know about the molecular biology of the cell.  Much of what the DNA does is not protein-coding after all, but rather regulation of these protein-coding areas.  Many molecular biologists now anticipate finding further function in the remaining uncertain areas, showing that the whole idea of “junk” was itself “junk.”