The pale blue dot image suggests the lack of importance of the Earth in the cosmos.  Secular sources frequently declare the Earth as an ordinary rock surrounding an ordinary Sun, in an ordinary place in the Universe.

The late astronomer Carl Sagan was one such source, who claimed that the Earth is insignificant in the cosmic expressing of things – it is just a grain of sand in the immense seashore of the cosmos.

Voyager 1, one of the earlier satellites launched into space, took a picture of the Earth in 1990 when it was about four billion miles away. Sagan opined,

Because of the reflection of sunlight … Earth seems to be sitting in a beam of light, as if there were some special significance to this small world! But it’s just an ancient of geometry and optics … Our posturings, our imaged self-importance, the delusion that we have some privileged position in the Universe, are challenged by this point of pale light. Our planet is a lonely speck in the great enveloping cosmic dark. In our obscurity, in all this vastness, there is no hint that help will come from elsewhere to save us from ourselves.

This melancholic musing about our lonely pale blue dot planet represents the forlorn opinion of most astronomers regarding the importance of our celestial home. 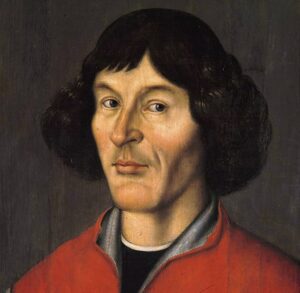 Sagan was expressing the modern version of the so-called Copernican Principle. Nicolaus Copernicus (d. 1543) damaged mankind’s presumed centrality in the Universe by demonstrating the Earth is rotating around the Sun – and not the other way around.

He dislodged us from the illusion of self-importance by showing how we are just another planet rotating about a huge star thereby seeming to diminish our importance in the cosmos.

This revelation came as a severe shock to the self-importance of humanity and took many years to become accepted until further knowledge and experimentation demonstrated our newly found insignificance.

Scientists from Copernicus to Sagan refuted the importance of Earth and mankind to the universe; surely, there is nothing interesting to see here. Move on.

The Rest of the Story

Just as with a Paul Harvey monologue, there is much more to the story than is seen on the surface.

Prior to Copernicus, science fought mightily to place the Earth at the center of the solar system. Everyone from Aristotle to Ptolemy and other developed models to explain astronomical observations.

The universe they conceived involved spheres orbiting around sphere in a complicated geometrical system attempting to mimic observation.

For centuries, this model was accepted as truth. It was argued, for example, that were the Earth moving around the Sun, this movement should be easily observed. For example, an arrow shot straight up should land west of the archer as the earth moved under the arrow in flight.

Earth as the Lowest Point of Creation 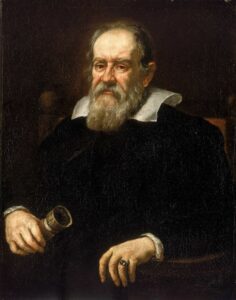 thought to be the heaviest of all heavenly bodies, and things fell to the earth because it was at the bottom of everything.

In Dante’s Divine Comedy, the reader foes from the earth’s surface down through the nine circles of hell. Heaven was up, and hell was below; mankind was caught in the middle.

The real story is that the pre-Copernican system had the Earth at the “bottom” of everything, not really at the “center” of everything.

The discoveries of Copernicus and his successors such as Galileo and Kepler saw their new scheme as exalting the Earth’s importance by getting it out of the hellish position in which Aristotle and Ptolemy have placed it.

Many arguments will be provided to demonstrate a very strong reflection of the sun’s light from the earth – this for the benefit of those who assert, principally on the grounds that it has neither motion nor light, that the earth must be excluded from the dance of the stars. For I will prove that the earth does have motion, that it surpasses the moon in brightness, and that it is not the sump where the universe’s filth and ephemera collect.

The view of the Earth today is much different than it was a few hundred years ago.

Prior to Copernicus, the earth was considered the dump hole of the Universe – the garbage heap where everything gravitated.

The Earth was thought to be the largest heavenly body with the largest gravity in the basement of existence; everything fell down to here.

That is why heaven is above where things are lighter and more spiritual, while hell was thought to be literally at the center of the Earth.

Now, we view the Earth is an entirely different light. The Earth is thought to have hundreds of special qualities that make it possible for complex life to exist there. It would be far beyond the scope of this article to list all these qualities but several would be appropriate.

Our bodies require many elements for us to live in health. Nineteen elements are now known to be absolutely required for human life

The list goes on and on; our planet is far from common but rather appears to be rather unique when compared to other known planets in our solar system, and observed planets around other stars.

The Earth and our solar system were once thought to be the garbage heap of the Universe – literally, where hell was located.

The heavens were observed to be unchanging and appeared to be a beautiful creation compared to Earth.

We now know the Earth is far from a garbage heap but has hundreds of precisely needed characteristics each of which is uncommon among other planets.

The Earth may be a pale blue dot in the cosmos, but it is a unique creature – maybe even one of a kind.  We will understand why this is true in future posts.