Some of these stories bear little resemblance to the Biblical account of Christ’s resurrection. Some of the most famous such as the Egyptian deities Osiris and Horus, involve being chopped up into pieces and thrown into the Nile. Others from Greek mythology involve demigods and marital affairs.

Other resurrection stories demonstrate a closer resemblance but trace their origins to after Christ’s resurrection.

But why should the skeptic believe in a Christian resurrection when there are so many renditions in history? Many view the resurrection as our wishful thinking. We all hope to be able to live on after death in some manner.

Skeptics assert Christians invented a resurrection story to deify their martyr. This would be the perfect end to the tragedy of the miracle man’s fateful ending. He was a good teacher, persecuted by evil religious rules and killed by the Evil Empire only to rise from his phoenix-like ashes. 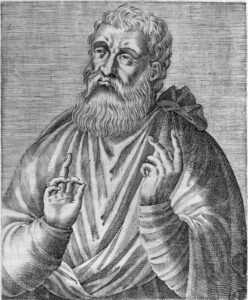 There have been many myths throughout history involving a form of resurrection. Skeptics would point out Osiris, Tammuz, Adonis, Attis, and Marduk as wonderful examples of those rising from the dead.

No modern person would consider these myths as having any historical basis in fact.

Yet, billions of Christians throughout the world base their lives upon this slain rabbi from long ago.

What makes Christ’s resurrection so different from all the others throughout history? Even some of the ancient Christian Fathers considered the many parallels between Christ and ancient myths. Probably the most famous of these was Justin Martyr

Justin Martyr and the Resurrection as a Myth

As the name might suggest, Justin Martyr eventually died for his faith. He was an early Christian believer who attempted to intervene with the Romans to stop their persecution.

The Romans attempted to wipe the Christians out for many reasons. The Christians were seen as being disloyal to the state for not worshiping its gods. One of those gods was the Emperor himself. It was a direct slap to the face for the Christian to claim the state leader was not a deity; to do so was disloyal.

The Empire certainly did not want disloyal citizens; they expected complete loyal to the state. Otherwise, you were suspect.

Justin tried to convince Roman ruler Antoninius that the Christians were really no different from the Romans. Justin mentions Aesculapius who suffered a violent death being struck by lightning and ascended to heaven. Then there were a few others like Hercules and Bacchus who rose to heaven on a winged horse, Pegasus.

Justin even mentions how many witnesses of the cremation of Roman emperor Augustus witnessed his spirit rising from the flames.

Justin’s reasons for mentioning these comparisons were obvious. He was trying to get the Emperor to see Christians as similar to the Romans – only worshiping other gods.

Justin tried to convince the Romans that Christian beliefs were really not too different from the Roman’s. He also compared Christianity with other philosophies then prevalent in Roman.

In reality, these Roman myth stories look little like the Christian narrative. The majority of critical scholars today assert Christians were not influenced by the Roman traditions. While there might be vague similarities, the differences are far more significant. 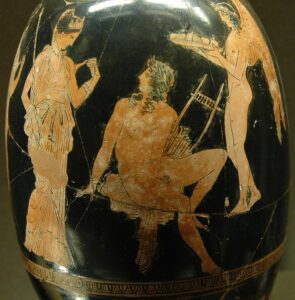 Many of these Roman stories hold superficial similarity to Christian resurrection narratives. However, there is no indication that these stores were borrowed from Roman mythology.

The first account of a dying god and his resurrection in Egyptian mythology appeared at least one-hundred years after Christ’s death. The Greek figure Adonis appeared after 150 AD, and there are no accounts of Attis until after about 200 AD.

The claims that the Christian resurrection story which was well known in the early first century could have been borrowed from these much later stories.

There is no Roman literature concerning dying and rising gods that is contemporary with Christ. Stories of these gods predate the Christian narrative but none contain the resurrection component.

Egyptian Gods and Resurrection as a Myth 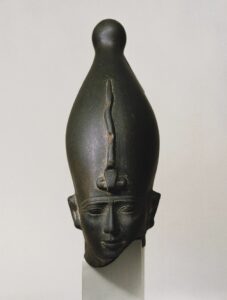 The legend of the resurrection of ancient Egyptian god Osiris has been compared to Christ.

These myths do not resemble the Christian narrative. Osiris is the only account of a god who survived death that predates Christianity.

There are many versions of the Osiris myth. Osiris was killed by his brother Set in a rage of jealousy as he wanted his brother’s throne. Set proceeded to chop up his body into many pieces. These pieces were then scattered through Egypt to ensure he would remain dead.

However, his plans failed as his pieces were then collected by his Isis. Isis is very powerful and uses magic to reassemble Osiris’ body and bring him back to life. Osiris then gets Isis pregnant before dying again. He then becomes the god of the underworld.

This story obviously is very different from the resurrection story of Christ.

There are other reports of miracles in other traditions and religions which are also very different from Christ’s resurrection. These other reports are not attested by multiple eye-witnesses. The first manuscripts of the alleged miracle are far removed in time allowing mythology to develop.

For example, the Life of Apollonius by Philostratus occurs about 200 years after Christ. This story is about a Pythagorean philosopher who traveled the world as a rough contemporary of Christ. He is said to have traveled throughout the world from Spain to India and to have worked miracles.

Most of the stories concerning Apollonius were written about 150 years after his death. Unlike with Christ, there were no eye-witnesses to discern the truth to his claims.

The lack of evidence for the supposed resurrections in other traditions, the late reports of their occurrence, no first-person witnesses to the even in question all make their claims implausible.

Of course, they also completely fail to account for the evidence relating to Christ’s resurrection. Christ predicted there would be false prophets and false christs and messiahs who would arise after his death. Based on these words, it should not be a surprise that there are so many resurrection accounts throughout history.

There have been many reports of resurrections throughout history. Most of these reports occur after Christ’s resurrection and are only superficially similar.

These accounts postdate the actual event by many decades and often centuries. This means there are no eyewitness accounts to the resurrection to substantiate the veracity of the occurrence.

Frequently the resurrection contains a component of “magic” as with Osiris, including stories of putting together body parts or spirits arising out of their burning body.  These more resemble fables than actual historical events.

The resurrection of Christ is one of the best-attested events in ancient history, even mentioned by contemporary non-believers. Certainly, there was some event that turned a group of scared fishermen into world evangelists who would change the course of history.

There are good reasons to believe that “event” was a resurrection.

The Body was Taken

Skeptics counter the Christian’s claim that Christ was resurrected with the assertion that the body was taken. It certainly seems a lot easier to believe that the body was somehow taken and disposed of somewhere rather than believe in a miracle. As David Hume, the famous Scottish philosopher of the… Read More »

The Body was Taken
Why Does God Permit Cancer

Leave A Response to "Resurrection as a Myth" Cancel reply