Giving to charities and being generous with money would seem to define a good citizen. President Theodore Roosevelt noted,

The first requisite of a good citizen in this Republic of ours is that he shall be able and willing to pull his weight.

Many critics of religious America suggest they are poor citizens in that they limit their donations only to churches or to Christian charities. For example, one author suggests,

Isn’t it misleading to give money to your church and call that ‘giving to charity’? … People who go to church a lot volunteer a lot – but only for the church … Church participation makes them less generous with their time, not more.

Many secular authors condemn religious America for being active in community affairs suggesting their activity is only to impose their narrow morality and promote reactionary politics. 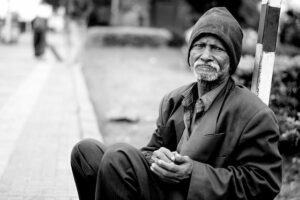 Research shows religious Americans not only are more generous with their time and money to religious groups and causes but also to purely secular ones as well.

Furthermore, research indicates the motivation for this charity does not consist of their wishing to have a theocracy or imposing their morality upon others. Church members are no more active in politics than their secular counterparts.

All the world’s great religions stress the need for generosity – for giving to charities which intend to help others less fortunate.

These five major world religions promote giving as a virtue. The annual surveys of the Gallup World Poll show that in all parts of the world within the areas covered by the five major faiths, people who,

American generosity has benefited millions of people living outside America. Twice during the twentieth century, Americans saved their ancestors from famine and disease during and after two major world wars.

Following World War 1, the American Relief Organization directed by future president Herbert Hoover transported shipments of food and other supplies to Europe. Support from this organization was received by U.S. Citizens.

World War 2 was far more devastating to the continent of Europe as a whole and the need for charity was considerably greater. In response to this need, Americans channeled aid through the Marshall Plan. This plan fed Europe, and financed the rebuilding of its cities and underwrote their economic recovery. 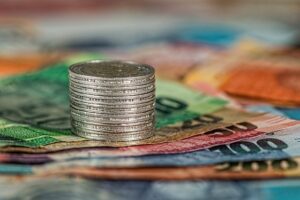 Image by Steve Buissinne from Pixabay

Another survey by the Gallup World Poll measured the generosity of citizens throughout Europe and the United States along with their church attendance. The results show Britons to be as generous as Americans, but all other countries not to be as generous. For example, the United States and Britain both scored 47% in this index, while Spain scored 17% and Greece only scored 7%.

What is even more revealing is that in every one of these European nations, those whose citizens more frequently attended a worship service during the past week were substantially more likely to be generous than those who did not.

For example, in the United States with a generosity index of 47% being equaled only by Britain in Europe, 55% of the respondents who were generous attended weekly church services while only 39% of non-attendees scored as high. Similarly, Spain had a generosit6y index of 17% with 24% of the church attenders being generous while only 13% of the non-attenders being generous. Finally, in lowly Greece where only 7% of the respondents were generous, this comprised 10% of the religious and only 5% of the non-church attenders.

The average American household contributes 5% of its income to charity; about two-thirds of this goes to churches and church-related charities while the other third is spent on secular charities with no religious content.

The more religious Americans are as reflected by church attendance, the more they give to both religious and secular charities. For example, one recent study found that 51% of church attenders had given to “nonreligious” charity during the previous year while only 37% of the non-church attenders. (Brooks, 2006).

The same author found there was a positive correlation between charitable giving and church attendance, strong families, earning your own income (as opposed to receiving charity), and the belief that people (and not government) offer the best solution to social problems.

This sentiment is also expressed by the “Friendly Atheist” Hemant Mehta in “10 Things That Christians Are Better At Than Atheists“,

Christians give back to the community they love. It’s a part of their budget. Many atheists might pay their organizations’ membership dues, but they do very little else to support them.

Dale McGowan from Parenting Beyond Belief agrees to note,

When it comes to actual giving of actual money, there’s no contest: churchgoers have us licked. Even outside of church-based giving, the average churchgoer in the U.S. gives twice as much as the average non-churchgoing American. Obviously there will be notable exceptions … but the overall picture of giving by secular individuals needs improvement.

Protestants and Catholics Give Generously

However, only 66% of those saying they had no religion gave to a charity in the past year.

There was also a positive correlation between the frequency of attending church and the percentage of giving to a charity; those who attended church more tended to give more.

There seems to be little doubt that those who are more religious as measured by church attendance give more to charity or both religious and secular context than their atheist or secular citizens.

This relationship is true throughout the world in all cultures studied.

The positive correlation between being religious and being generous reflects the positive influence religion has on the least fortunate in America. Any encouragement the government could give to religious organizations to assist charitable work would likely result in huge dividends to society.

Many recent studies have evaluated whether Christians are happier than their secular neighbors, and compare the proportion of Christians who are happy with other religious groups.  The question as to what makes people happier has been a question pondered by philosophers throughout time.  Philosophers from Aristotle to Jacques Rousseau and… Read More »

The relationship between Christians and depression has only recently been investigated. The usual narrative heard in modern secular mental opinion articles is that mental health is adversely affected by Christianity.  For example, the famous expert Sigmund Freud denounced Christianity not just as cause of mental health, but actually a form of mental… Read More »

Leave A Response to "Christians and Charity" Cancel reply