Faith and family are becoming increasingly important in Europe; the countries there are slowly disappearing.  The people are disappearing, taking with them the culture that has defined Europe for millennia.  The cause of this decline is due to a reduction in fertility.

Simply put, families are not having enough children to replace the population.  The fertility rate is so far below replacement level that there will soon not be any ethnic Germans left in Germany, no Swedes left in Sweden, no English left in England, and indeed, no Europeans left in Europe.

One of the primary blessings of religion to America is its fertility; we are not yet faced with the dramatic social challenges that Europe will need to face in the near future. 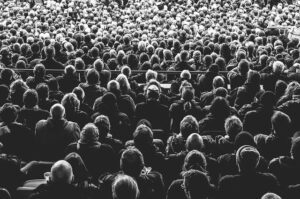 Overpopulation – Image by Free-Photos from Pixabay

The total fertility rate is the number of children born to an average female in a lifetime.  The fertility rate has to be about 2.05 or greater for a population to sustain itself, allowing for some deaths in infancy or childhood.  The current American fertility rate if about 2.1 while every nation in Europe has a fertility rate below replacement level – many of them far below.

For example, Italy’s replacement rate is 1.4 and Poland’s is 1.39.  These low fertility rates result from the use of contraception and abortion to terminate pregnancies.  About one-fourth of all Swedish pregnancies are aborted – and about 45 percent are aborted in Russia. 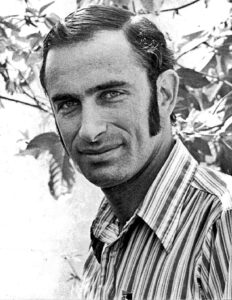 n the late 1960’s there was panic among the intelligentsia concerning a “population bomb” whereby the baby boomer population in America and other countries would overpopulate the world.  The most dire predictions were taken as granted to be true, particularly those from Stanford University biologist Paul Ehrlich’s book The Population Bomb (1968).  This books stated,

The battle to feed all of humanity is over.  In the 1970s the world will undergo famines – hundreds of millions are going to starve to death.

Perhaps in ten years millions of people in the poor countries are going to starve to death before our very eyes. … We shall see them doing so on our television sets.

Of course, that did not happen.  Here we are fifty years later and the world population is much larger – but the starvation rate is much smaller.  The food supply increased far more rapidly than did the population size even in third world countries.  Birth rates dropped after infant mortality was not longer a rate limiting factor for families, and the population bomb fizzled out.

Still, the population bomb remains an article of faith among the intellectual elites, which has prompted many prominent celebrities to welcome depopulation.  Italy will fall from 57.2 million to fewer than 45 million by 2050.  The depopulation will even occur in predominantly Muslim countries where traditional families were large by European standards.  For example, the Iranian fertility rate is now only 1.7.

The elites have many scapegoats for their proposed overpopulation disaster scenario.  Christianity is perhaps the main culprit in their view.  Ward McAfee notes that

Christianity (which continues to contribute to the earth crisis) is in need of some serious pruning.

in order to become

McAfee is correct to link Christianity to population.  Christian nations tend to have higher fertility rates.  Among Western nations, those with high fertility rates include Ireland (2.07) and Israel (2.96) – both very religious nations. 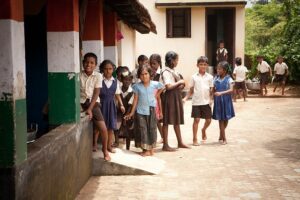 All in all, what do you think is the ideal number of children for a family to have?

The results show three or more children as the preferred number to be much more common in religious countries (such as Israel and Ireland) than secular countries (like Bulgaria and the Czech Republic).  They also show that within every country, those who attended church more often wanted larger families than those who did not.

This study would seem to show that depopulation of Europe is due to its lack of religiousness.  In both Europe and America, actual fertility is also very correlated with religious belief.

The same trends are even greater among the Jewish populations.  The fertility rates of the Conservative Jews (1.74), Reform Jews (1.36), and secular Jews (1.29) show they will eventually vanish from the Earth, while the fertility rate of their religious cousins (Hasidic Jews (6.72) and Orthodox Jew (3.39) show their populations will be increasing.  This population shift is made even greater by the intermarriage rates with non-Jews being just greater among the liberal population than the conservative population. 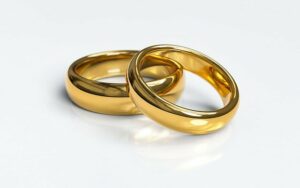 Some sociologists claim that religious America’s more traditional view of marriage translates into husband mistreating their wives.  However, there is an immense body of research that contradicts this stereotype.  In fact, there is evidence that Evangelical Protestant conservative Christians are better and more loving husbands.

Finally, the more frequently a couple goes to church, the more likely they are to report their marriage as being very happy.  These differences are statistically significant.

Divorce and conflict – Image by mohamed Hassan from Pixabay

Divorce is far more frequent in the United States than in other Western European countries.  However, Europe’s lack of divorces is primarily due to a lack of marriages.  Church attendance is strongly negatively related to divorce; the more you attend church, the less likely you are to get a divorce.

There are thought to be several reasons why religious couples tend to get divorced less frequently.  These couples view marriage more seriously as it is a sacrament to many with a stronger tendency toward monogamy.  There are far less promiscuous relationships before marriage, and there is less tendency toward extramarital affairs among church attenders.

Many congregations provide marriage counseling, and activity in a church or synagogue surrounds the couples with good role models toward keeping marriages happy.

Interestingly, Russia has been giving citizens money to have children while it has one of the highest abortion rates in the world.  The practical result of this population shift is that over time and with all else being equal, over time the religious population will replace the secular population.

Similarly, divorce is less frequent among religious people – the most a couple goes to church the less likely they are to get separated or have a divorce.

Religious couples state they are happy with the marriage at greater rates than couples in secular marriages.

Church attendance leads to a country with a larger population of religious people who are more likely happily married and good citizens than in countries with a secular population.

Many recent studies have evaluated whether Christians are happier than their secular neighbors, and compare the proportion of Christians who are happy with other religious groups.  The question as to what makes people happier has been a question pondered by philosophers throughout time.  Philosophers from Aristotle to Jacques Rousseau and… Read More »

Leave A Response to "Faith and Family" Cancel reply