Chinese officials continue in their effort to control every aspect of life in that country. No longer is any dissent or contrary opinion tolerated, while church persecution in China continues to get worse. 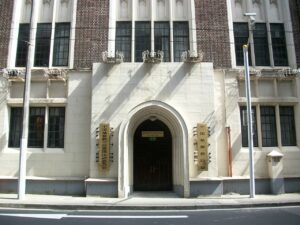 New administrative measures have been put into place by the Chinese government to control every aspect to church life. These new regulations will commence on February 1 and compliance is mandatory. These new measures conform to the “Regulations on Religious Affairs” which was implemented on February 1, 2018.

These new measures include six chapters and 41 articles dealing with every aspect of religious life. They regulate the organization, functions, offices, supervision, projects, and economic administration of communities and groups in both a national and local level.

All these aspects of religious life now have to face approval by the government through their “religious affairs department.”

Furthermore, all religious personnel are required to support and totally submit to the Chinese Communist Party.

religious organizations must adhere to the leadership of the Chinese Communist Party, observe the constitution, laws, regulations, ordinances and policies, adhere to the principle of independence and self-government, adhere to the directives on religions in China, implementing the values of socialism…

Religious organizations must spread the principles and policies of the Chinese Communist Party, as well as national laws, regulations, rules to religious personnel, and religious citizens, educating religious personnel and religious citizens to support the leadership of the Chinese Communist Party, supporting the socialist system, adhering to and following the path of socialism with Chinese characteristics…

The government will be regulating all activities; nothing can be done without the explicit approval of government officials,

It is believed by the religious freedom watch group that such laws will be used to further regulate and restrict activities of all churches throughout the country. This was confirmed by a Chinese Catholic priest who felt that these new provisions are just another way for the Chinese government to restrict any independent activity of Christians in China.

In practice, your religion no longer matters, if you are Buddhist, or Taoist, or Muslim or Christian: the only religion allowed is faith in the Chinese Community Party.

Since the implementation of the new standards about two years ago, all religious bodies throughout China have experienced increased regulation and control.

China has banned online sales of Bibles, leveled churches, and arrested hundreds of Christians for “inciting subversion of state power.” One of the foremost Christian leaders in China, Wang Yi, founder of one of China’s largest unregistered churches in Chengdu, was sentenced to nine years in prison for “subversion of state power.”  Before becoming a pastor, Wang Yi was a legal scholar at Chengdu University.

The United States condemned the sentencing as “another example of ‘Beijing’s intensification of repression of Chinese Christians and members of other religious groups.”

The Chinese government has been even more repressive toward Muslim minorities in the north-western section of the country. Literally millions of them are being detained in “re-education camps” where they must abandon their faith and accept the precepts of Chinese communism.

Basic freedoms of speech is being suppressed, sensitive news is prohibited, ideological discussions in universities are being shut down. Many matters of societal welfare are politicized, and internet censorship is the norm. … The state of human rights in China is in rapid decline.

Human rights violations in the Chinese frontier are being roundly criticized and condemned by many countries. China’s leaders seem to have become the enemies of civilized countries overnight. By the looks of things, there is really no reason to be optimistic as we look at the festering regression of China’s human rights situation throughout 2019.

The lawyers urged human rights advocates to continue making the”most fundamental efforts for the sake of advancing the cause of human rights in China.

Open Doors USA World Watch List monitors religious freedom and persecution in countries throughout the world. China has now fallen to 27th place where it is most difficult to be a Christian. It has risen 16 posts on the list last year, a stunning increase in state persecution against Christians and churches throughout the vast country.

What makes this even more difficult is the increasing monitoring of every aspect of social life throughout China. Cameras are everywhere, facial recognition software identifies each individual as they do their daily activities throughout the country. The Chinese government promotes this as regulating and enforcing “social order” but this power is also being used to control any dissent.

A social ranking system is being set up in China to control every aspect of a citizen’s activities. Those who fail to measure up and have low scores will not be permitted to travel, freely associate, have good jobs or good education for their children.

Chinese leaders claim the social grading system is to promote a more trustworthy and harmonious society. This “trust” is on full display as Chinese officials can check on your personal activity using AI-powered smart glasses, while a diverse monitoring system records your every movement and conversation.

The Chinese Community Party has invented a social order program to monitor every citizen’s activity throughout their country. Every purchase they make, phone calls, movement, and public conversation can be potentially recorded and used to develop a social score.

If your social score is low, you and your family will suffer the consequences. You might lose your job, be unable to travel, unable to open a bank account or send you children to high school or college.

You will be rewarded for turning in others who might be secretly engaging in forbidden activities such as going to an underground church.

This new monitoring system is slowly turning the country into a large social experiment to determine whether a centralized government can totally control the thoughts and actions of its citizens through a carrot and stick reward and punishment system.

We will have to wait and see the results.

East Turkistan Persecution East Turkistan persecution has been hidden by the Chinese government for decades.  However, with the presence of satellite imaging and stories from citizens living under this persecution, a consistent story is now emerging. One of China’s best-kept secrets is what has happened in the part of China… Read More »

« Persecution in China
Christians in India »

Leave A Response to "Church Persecution in China" Cancel reply