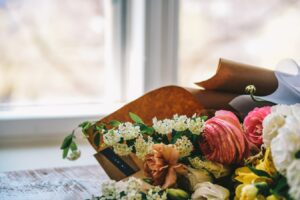 The Chinese government continues its aggressive anti-religious policy asserting its secular agenda against any religious sentiment even involving funerals.  This persecution has the effect of persecution after death as the government strictly enforces regulations against religious sentiment at funerals.  There are about 100 million Christians in China, along with large number of Muslims, Buddhists, and other religious minorities.

The government’s tightening on the Christian community in China — an estimated 97 million people — is real and happening right now.  Every once in a while, the Chinese government will arrest some pastors, or shut down churches, or do something aggressive like take down crosses from steeples.  But more often, the way they squeeze the church is quieter — and perhaps deadlier.

Their primary fear is that Christians who follow Jesus have a greater allegiance to Him than the Communist Party — and they want to squeeze the life out of that allegiance.

China’s new rules took place a few days ago and some of these new rules have been published by Asia News. 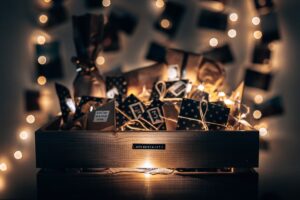 One of these rules is that

religious organizations must adhere to the leadership of the Chinese Communist Party, observe the constitution, laws, regulations, ordinances and policies, adhere to the principle of independence and self-government, adhere to the directives on religions in china, implementing the values of socialism. …

Religious organizations must spread the principles and policies of the Chinese Communist Party, as well as national laws, regulations, rules to the religious personnel and religious citizens, educating religious personnel and religious citizens to support the leadership of the Chinese Communist Party, supporting the socialist system, adhering to and following the path of socialism with Chinese characteristics.

In practice, your religion no longer matters, if you are Buddhist, or Taoist, or Muslim, or Christian: The only religion allowed is faith in the Chinese Communist Party. 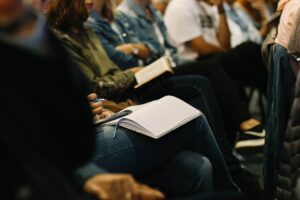 Chinese officials have been aggressively persecuting house churches throughout China.  A recent article by Bitter Winter notes that the Chinese Communist Party is trying to drive believers into the state-run Protestant Church.

Christians who fail to abandon their house churches and attend state run churches are threatened with forfeiture of their social benefits with their meeting venues destroyed.

In November, Chinese authorities church down seven house churches in Longyou County in the eastern province of Zhejiang.  These were considered as being “unlicensed” venures that “meet illegally”.  Local government officials ordered the house churches to be closed and join the official state run church.

A meeting venue that would accommodate over 1,000 people was demolished because it operated without “government approval.”  The leader of this group continues to organize religious gathering even though he has been threatened with arrest.

A church leader noted that

the majority of my congregation members are elderly.  They are in poor health, and it’s difficult for them to move around or meet at night.  we don’t know how long the persecution will last.  It is so hard to believe in God in China.

The Great Praise Church in another city was raided by the police in November, 2019.  The police took down the personal information of all those attending and arrested the preachers who were forced to sign a statement promising not to hold worship services in the church again.  A few days later, the church was destroyed by a bulldozer.

Those officials were destroying our church like a pack of wolves.  we have where to worship now.  Whenever I remember the church being torn down, my heart always hurts.  where shall I go to pray?

Persecution not only follows the Christian while alive as the Chinese government demolishes church and arrests pastors attempting to regulate Christianity.  It also follows them after death.

get rid of bad funeral customs and establish a scientific, civilized, and economical way of funerals.

In order to establish this “scientific” funeral,

clerical personnel are not allowed to participate in funerals

no more than ten family members of the deceased are allowed to read scriptures or sing hymns in a low voice.

In Hubei province, police raided a Christian woman’s funeral and arrested the daughter of the deceased while she was praying.  The woman was eventually buried without a Christian funeral against the wishers of her family.

When my father died, village officials threatened to arrest us if we didn’t conduct a secular funeral.  We did not dare to go against them.  My father had been a believer for several decades.  He is persecuted even after death.

When the police broke up a Christian funeral in November 2019, they told the grieving family they

should go to the church and sing the national anthem instead.

This is another in a series of articles concerning the rapidly accelerating persecution of Christians in China under the secular Chinese Communist Party.

The state church controls all the sermons, directs no pictures of Christ (only President Xi), and tries to inject secular socialist philosophy into church doctrine.

Most Christians find this to be deeply offensive and will not allow their religious beliefs to be dictated by the government.

History has shown the Christian Church only gets stronger with aggressive state persecution.  As the church gets driven further underground in China, it will be difficult to determine the exact number of Christians but is history is any indication, the number will only increase.

East Turkistan Persecution East Turkistan persecution has been hidden by the Chinese government for decades.  However, with the presence of satellite imaging and stories from citizens living under this persecution, a consistent story is now emerging. One of China’s best-kept secrets is what has happened in the part of China… Read More »

Chinese officials continue in their effort to control every aspect of life in that country. No longer is any dissent or contrary opinion tolerated, while church persecution in China continues to get worse. As part of that control, Chinese officials announce new standards requiring all religious personnel to support. These… Read More »

Leave A Response to "Persecution After Death" Cancel reply