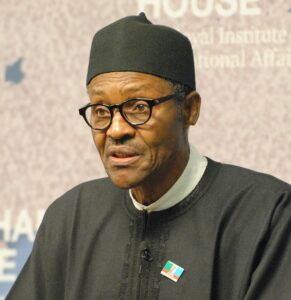 Anti-Christian violence by the Jihadist Fulani in Nigeria has again spiked.  The Nigeria based International Society for Civil Liberties and Rule of Law noted that over 400 Christians have been killed in Nigeria over the past three months.  They note

In all, not less than 410 Christian lives have been lost in Nigeria to Jihadist Fulani terrorists in the past 93 days of 2020.

This slaughter seems to be accelerating in recent days.  The Society noted

This is on daily average of about five Christian deaths.  On average, the jihadist Fulani militants killed 125 Christians in January and February, respectively, and 50 in March.

The Fulani terrorists are also joined by the Boko Haram splinter groups and highway robbers.

The Society noted that the decline in murders of Christians during March could be a result of under-reported due to a shift in local attention to the COVID pandemic.  Certainly, it is not a result of counterinsurgencies or government intervention.

The group’s statement comes as some international advocacy groups, including Christian Solidarity International and the Jubilee Campaign, are pressuring international actors to label the plight of Christians in Nigeria as a “genocide.”

According to the Southern Kaduna Peoples Union (SOKAPU), in its statement dated 231st March 23020, no fewer than six defenseless Christians were hacked to death in Komo Community, Guruku ward in Chikum [local government area] or Kaduna State.

This violence continued on April 1st when seven elderly Christians in the Plateau state were burned to death during an attack in which at least 23 hours were destroyed.

Nigeria has been added to the US State Department’s “special watch list” of countries that engage in or tolerate severe violence against religious freedom.

We are designating [Nigeria] special watch list for the first time because of all of the increasing violence and communal activity and the lack of effective government response and the lack of judicial cases being brought forward in that country.

The US Ambassador-at-Large for International Religious Freedom noted,

It is a dangerous situation in too many parts of Nigeria.  The government has either not been willing to or have been ineffective in their response and the violence continues to grow.

Persecution of Christians has seen a resurgence in the 21st century.  Christians are being persecuted for their faith in 40 countries throughout the world.

In many of these countries it is illegal even to own a Bible, or to share your Christian faith with anybody.  You are not able to change your faith, and certainly are prohibited from discussing Jesus with your children.

It has been true throughout history that Christianity survives even the most intense persecution.  Individual Christians continue to meet for worship and even to witness for Christ despite reprisals.

Such is the case in Nigeria where Christians have been dying at an accelerated rate due to religious persecution from various groups – particularly Islamic extremists.  Despite international appeals, Nigeria appears unable to quell this growing violence.

The British Foreign Secretary Jeremy Hunt has issued a report indicating the persecution of Christians in parts of the world is reaching “genocide” levels. The report noted that one in three people suffer from religious persecution and that Christians were the most persecuted religious group.  The degree of persecution of… Read More »

Christians are persecuted throughout much of the Islamic world, and so it should not be to much of a surprise that persecution can become extreme in the largest Islamic country – Egypt. On January 5, 2019, an Egyptian police office was killed while trying to defuse a bomb placed in… Read More »

Leave A Response to "Jihadist Fulani in Nigeria" Cancel reply