There has been a marked increase in Christian persecution in Europe.  Hostility and vandalism have increased against the church throughout the entire continent involving churches, Christian schools, and Christian monuments.  In many countries, persecution against Roman Catholic churches and shrines seems particularly intense. 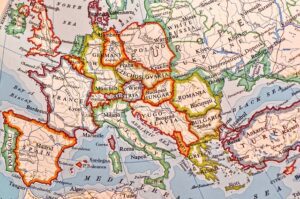 The research shows that roughly 3,000 Christian churches, schools, cemeteries, and monuments were defaced in Europe during 2019.  Most of these attacks included vandalism, looting, defecation and urination, and arson.

Most Widespread in France 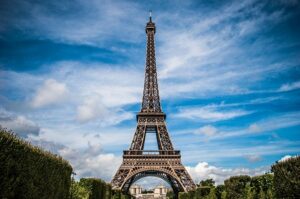 Anti-Christian violence is most widespread in France where vandalism is occurring at an average rate of three reported events a day according to government statistics.  Germany is close behind with an attack every two days throughout the country.

But other countries in Western Europe are not far behind.  These countries include Belgium, Britain, Denmark, Ireland, and Spain.  These attacks overwhelmingly involve Roman Catholic churches, sites, and symbols, although Protestant church are also being attacked in many countries – especially in Germany.

Perpetrators of the Attacks

The perpetrators of Christian persecution in Europe are rarely caught.  When they are caught, information regarding their backgrounds and ethnicity are often obscured or not reported.  Many attackers are thought to have mental disorders and so anti-Christian vandalism is not reported as a hate crime.

The spike in anti-Christian violence in France and Germany especially has increased with the recent mass immigration from the Muslim world. 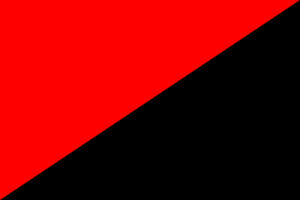 In Spain, however, the overwhelming majority of attacks against churches are done by anarchists, radical feminists, and far-left activists who are striving to vanquish Christianity from the public square.

Many of these attacks are met with public indifference and not aggressively pursued as with most other crimes.

Vandalism is probably the major form of attack against Christianity throughout Europe.  Such laws are difficult to prosecute according to the laws of most European countries as prosecutors have to prove that such vandalism was specifically motivated by anti-Christian bias.

Often, the vandalism does not have specific anti-Christian content but consists of profanation and desecration against sacred Christian symbols..

The theft of church equipment and supplies is another major method of anti-Christian attacks throughout Europe.  Thieves have stolen church bells, drain pipes, and various metal objects with the intent to sell these items to scrap metal dealers. 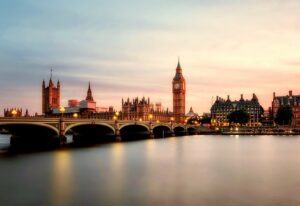 In Britain, nearly have of all churches on the National Historical List for England have been attacked in this manner.  Most of the attacks are highly organized using drones, online maps, and GPS to identify their target and plot their escape routes.

Entire roofs have been removed from historic churches and sold to scrap metal dealers.

This form of attack is particularly common against Roman Catholicism which radical secularists and feminists perceive to be a symbol of patriarchal power and authority.

These attacks include the defacement of churches and religious symbols with anti-religious and profane language much of it anarchist or feminist in nature. 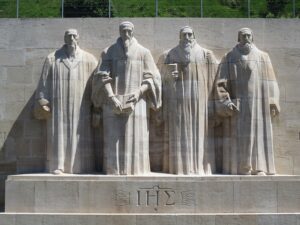 Reformation Wall in Geneva – Image by Tom Tyler from Pixabay

For example, in Geneva, Switzerland the iconic International Monument for the Protest Reformation – also known as the Reformation Wall – was vandalized with rainbow paint suggesting radical-LGBT origins.

Many attacks are also against religion in general reflecting a deep-seated hatred toward Christianity.  Such attacks include the smearing of feces on statues of Christ or Mary, defilement and theft of Communion wafers and other religious artifacts.

Some of these attacks are from Satanists who use the consecrated host in a spiritual ritual called the Black Mass.

Many of these attacks seem to be particularly organized against Roman Catholic beliefs, apparently aimed at intimidating Catholic believers into altering their religious practices.  Even though these attacks do meet the definition of hate crime in Europe, they are rarely prosecuted as such with the organizers rarely caught.

The Paris correspondent for the Spanish newspaper ABC notes,

The desecrations have an evident anti-Christian character. Drunk with fierce hatred, the vandals want to give their actions a clear anti-religious dimension. In recent months, anti-Semitic gangs have desecrated Jewish cemeteries, ‘signing’ their actions with swastikas. In the case of the desecration of Catholic churches, vandalism is not ‘signed.’ It speaks for itself: heinous mockeries of the figure of Christ on the cross and the desecration of high altars.

European media which often report with detail any attacks on Muslims, have tended to downplay malicious attacks against Christians.  The issue of anti-Christian violence is rarely reported by the European media.

This lack of reporting showed some reversal in February, 2019 when nine churches were attacked in the space of two weeks.  The issue made significantly more publicity when the iconic Notre Dame Cathedral in Paris experienced a suspicious fire.  Since then, the newspapers have again returned to their habit of downplaying anti-religious vandalism.

Push back against Christian Persecution in Europe

A French MP has called for an investigation into the violence against Christians noted in his country.  The French newspaper Le Figaro noted,

Recently, two terribly serious acts of vandalism were committed in symbolic places and shocked me greatly. A few days ago, the fire in the Church of Saint Sulpice, a church that houses remarkable works: there is nearly a million euros of damage and works are irretrievably lost! And some time ago, vandals broke into the Basilica of Saint Denis and damaged stained-glass windows and the organ. Saint Denis it is not only a place of Christian worship, it is the necropolis of the kings of France! It is a meeting place between our national history and our Christian roots. That one dares to attack this monument is really shocking not only for Christians but for many citizens, whatever their convictions. When an anti-Christian act is committed, we turn our backs on the history of France, which has an intimate connection with the Christian religion.

A Catholic Bishop notes that attacks against Christian curches occurs in the context of increasing secularization of European society.  This secularism is marked by increased nihilism, hedonism, cultural and moral relativism, consumerism, and a widespread loss of the sense of the sacred.  He noted,

In the past, even those who said they were non-Christian lived in a cultural context marked by Christianity…. roots that have been abandoned by our culture and by our societies. Once the Christian roots, which were the common denominator, were removed, people turned to communitarianism, which led to a social fragmentation that is leading to a break. To find a common base of values and points of reference, Europe must restore centrality to its Christian roots….

It is deeply troubling that Europe is becoming more secularized and removing itself from its religious past.  But what is far more difficult to understand is the vandalism that is destroying the cultural heritage of that continent.

Vandals are most often teenagers with little appreciation of the cultural value of the objects they are destroying.  Armed with the justification of their post-modernist viewpoint that they are fighting against “intolerance” or other perceived evil, they somehow feel justified in this destruction.   Robbing the population of their country of their cultural heritage through the destruction of priceless artifacts many centuries old can not ever be justified.

Unfortunately, this trend is likely to continue and even worsen as European society in general further degrades into its secular abyss.

Leave A Response to "Persecution in Europe" Cancel reply