Christians are persecuted throughout much of the Islamic world, and so it should not be to much of a surprise that persecution can become extreme in the largest Islamic country – Egypt.

On January 5, 2019, an Egyptian police office was killed while trying to defuse a bomb placed in a Coptic church in Egypt.  In the past few years there have been over 500 attacks against the Copts according to the Hudson Institute, including multiple bombings of churches, shooting of pilgrimages to monasteries, and even beheadings of Copts in Libya in 2015. 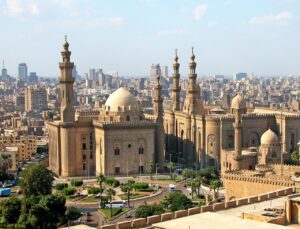 Coptic Orphans was founded primarily to help take care of children orphaned by the murder of their parents by extremists.  They receive some financial aid so they might pursue their education and other living expenses.  The Copts are the largest ethnic religious minority in Egypt and are descendants of the ancient Egyptians.

The Copts are often the source of bias in Egyptian society and treated like second-class citizens.  They risk their lives on a daily basis by simply going to church or even being in public.  The Copts are in desperate need of international recognition of their plight in Egyptian society.  Usually those who perpetrate violence against the Copts are not held accountable for their violence.

Coptic women are particularly vulnerable to religious persecution.  They are too frequently abducted and forced into marriage to Muslim attackers who then subject them to rape, blackmail, and slavery.  Those who are kidnapped are unable to legally convert back to their original chosen religion after escape leaving them too-frequently isolated from both communities.

The Egyptian President Abdel Fattah Al-Sisi has recognized the plight of the Coptic community in Egypt.  He has encouraged Muslims to safeguard what he refers to as a “legacy f religious pluralism” and posits that civility toward Christianity could favorably represent and even strengthen Islam.

Unfortunately, Sisi’s speeches have not transformed Egypt’s relationship with the Coptic community.  The Muslim Brotherhood and other extremist groups specifically target Christians whom they blame for jeopardizing their power.  Their activity has become particularly fierce in those areas of Egypt which are more isolated and largely invisible to the Western World.

Despite their daily suffering, the Copts remain devout in their faith particularly during major holidays when church parking lots are full of worshipers.

Persecution against Christians has become a significant issue in Egypt with the resurgence of religious militarism.  Extremists see the minority Coptic Christian community as an easy target, particularly in those remote areas of Egypt where there are no prying eyes.

The official stance of the Egyptian government as enunciated by President Sisi is that Christianity should be tolerated and not persecuted.  Yet there are many militant groups throughout Egypt who believe his military government is not legitimate or that their militant religious ideology denounces non-Islamic faiths.

Christians are becoming targets for more violent attacks in recent years resulting in the deaths and injury to scores of innocent Christian faithful only wanting to attend church and fellowship with other like-minded individuals.

The wanton violence against peaceful Christians needs to be publicized so that perhaps world opinion might influence government officials to take firmer action against groups which are perpetrating such activities.