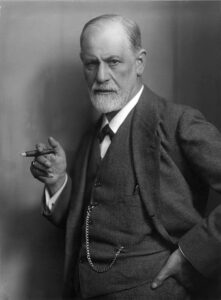 The relationship between Christians and depression has only recently been investigated.

The usual narrative heard in modern secular mental opinion articles is that mental health is adversely affected by Christianity.  For example, the famous expert Sigmund Freud denounced Christianity not just as a cause of mental health issues, but actually as a form of mental illness.  Freud considered it as a “poison” that leads to “neurosis” and a “childishness to be overcome.”

Freud wrote a book in 1927 titled “Future of an Illusion” referring to the future of religion.

Albert Ellis, another famous psychiatrist from the early twentieth century, denounced religions as a “pathology” and recommended a,

therapeutic solution to [these] emotional problems is to be quite nonreligious.

More influential to the latter part of the twentieth century was the musing of Harvard’s Gordon W. Allport.  He positive two forms of religious belief; an intrinsic or extrinsic form.  He might as well have called them a liberal and conservative form, or a modern and primitive form.

He defined the intrinsic form as the very mild belief that was subjective to continuing doubts that he thought might be suitable for intelligent adults.  The extrinsic form of religion was more firmly held convictions resulting from “primitive credulity”.  He thought religious beliefs held to be true were “childish, authoritarian, and irrational.”

Allport thought it was possible for those with intrinsic religious belief to have normal mental health while those burdened with extrinsic firmly held religious beliefs had a form of mental illness and other forms of mental aberrations.

These were the accepted views of the liberal intelligentsia during most of the twentieth century.  This belief was summed up by Mortimer Ostow proclaimed Evangelical Protestantism as a regression,

to the state of mind of the child who resists differentiation from its mother.

Mortimer Ostow was a psychiatrist and neuroscientist whose obituaries identify him as studying “religious and racial fanaticism.”  Another highly esteemed psychiatrist” who was extolled as the first to “bring psychoanalytic theory to bear on a range of … Catholic cults and devotions.” Ostow posited that praying the rosary is

and a substitute for playing “with one’s feces.”  This was published in the highly respected Journal for the Scientific Study of Religion.

Anybody who suggested there might be a positive effect of religion upon mental or physical health was identified as a witch doctor – or even worse, a believer.

This was the abysmal situation that existed during the latter part of the twentieth century.  Believers were regarded as having an aberrant belief system that could lead to serious psychiatric illness.  No wonder Richard Dawkins and those like him to propose teaching children is a form of child abuse,

Forcing children to be exposed to religious dogma and ‘teachings’ is just plain straight up child abuse. These vile institutions indoctrinate them into believing in invisible spirits and magic. At least with Santa, everyone eventually admits it’s just mom and dad pretending

Out of this darkness came a few brave souls who had the temerity to propose religious belief might – just might – be beneficial to mental and psychological health.  Gradually but with increasing momentum, a compendium was built of actual scientific research concerning the relationship between religious belief and mental health.  The first volume was published in 2001 as the Handbook of Religion and Health Published by the Oxford University Press.

Rather than the opinions of leading psychiatrists who had little empirical evidence to back up their prejudicial beliefs, scientific research has revealed the actual positive association between religious belief and mental health.  These results demonstrated how the “experts” from the twentieth century had no empirical research evidence for the harmful effects of religion but rather expounded upon their personal beliefs disguised as scientific facts.

As it turns out, these “experts” were simply wrong for failing to realize that religious belief actually provides substantial protection against psychiatric illness and can help people live happier, more fulfilled lives. 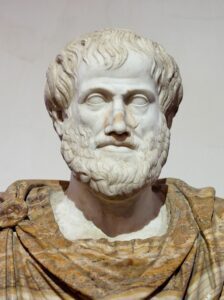 What exactly is “happiness?”  Aristotle proposed that

happiness is the meaning and the purpose of life, the whole aim and end of human existence.

The General Social Survey has asked populations of people as to whether they are “happy.”  The exact questioned posed is,

Interestingly, the percentage of people who say they are “very happy” is remarkably steady over a long time frame at about 29 percent to 38 percent between 1972 and 2002.  These questions have been asked during periods of social unrest and disaster including the 9/11 terrorist attacks.

When this data was evaluated with religious beliefs, a positive correlation was found between happiness and religious belief.  Forty percent of hose were proclaimed themselves as being “very happy” attended church on a weekly basis while only 25 percent of those who never went to church proclaimed themselves as being very happy.

Similarly, those who were “not too happy” were twice as likely to be those who never went to church compared to those who attended church on a weekly basis.

Basically, what the data show is those who attend church tend to be happier.

Extensive analysis of these results shows that this effect remained strong within categories of race, sex, income, and education. 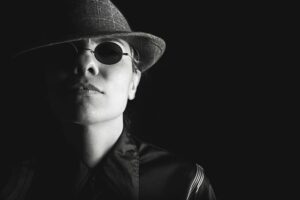 A group of scholars in the middle portion of the twentieth century published influential literature concerning authoritarianism.  They had fled here from Germany and included several radical Marxists.  While their initial work was to evaluate “fascism”, upon the advice of their book publisher, they changed their emphasis to “authoritarianism.”

They developed a scale to measure this tendency called the F-scale – short for Fascism scale.  The book they eventually wrote proposed that authoritarianism was promoted by conservative political views, as well as religion.  Alternatively, they thought liberalism to be liberating and ration.

Since this was the bias of many in the media and in academia, it caught traction and became a dominant belief.

Authoritarianism then lurked behind every conventional belief and thousands of articles were written on authoritarianism in the social science journals.

It became a matter of faith that “everyone” knew that The Authoritarian Personality presented statistical evidence that proved a positive correlation between the F-scale and religious beliefs.

This proved not to be the case.  Evaluation of a national sample of the adult American population shows that neither religious belief nor church attendance had any correlation with the F-scale. 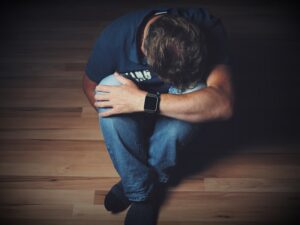 Image by Holger Langmaier from Pixabay

Depression is very common throughout the western world.  This is demonstrated by the wide use of antidepressant medications.  Sometimes religion can be very severe and lead to suicide making it a real public health issue.

The question becomes what are the causes of this depression epidemic.

Many studies have been done trying to answer this question, and some of those have a direct bearing on whether there is an association between religious belief and depression.

The studies also showed that those with firmly held religious belief systems recovered from their depression more rapidly than those who did not.

Further studies concerning the association between religious belief and depression showed that belief offered very substantial protection against the development of depression. 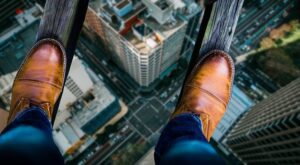 Acrophobia – Fear of Heights – a Neurosis – Image by Alexas_Fotos from Pixabay

Neurosis is one of those psychiatric terms many recognize but few understand.  It is a class of mental illness that does not involve delusions or hallucinations, and it does not involve behavior beyond social acceptance.  It is a kind of catch-all category for problems less disabling than those with psychosis.

Studies have found neuroses to be much more common in populations with little religiousness.

The religiousness and neurotic tendencies of a population were evaluated.  In this population, the treatment group (those with neurosis) was found to have much less religiousness than the normal group on a highly statistical basis.

For example, twice as many people who never went to church scored high on neurotic distrust. 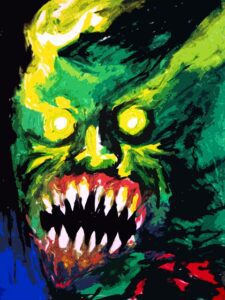 Psychosis is a disease with abnormal thought processes including hallucinations, delusions, and sometimes bizarre behaviors.

For many years among academia, it was posited that those with religious beliefs must have a higher level of psychosis than the “normal” population.  People with psychosis were urged not to go to religious revivals and to avoid “religious excitement.”

Current psychiatric medicine now understands most psychoses are caused by a biochemical imbalance that can be significantly improved with medication.  In other words, it is a physiologic disorder and not a psychological disorder.

The effect of religious belief on the suicide rate has been studied through multiple statistical evaluations of surveys.

The standard metropolitan statistical areas (SMSAs) of the United States include cities along with their surrounding areas.  All these studies showed a powerful religious effect whereby the higher the church membership the lower the suicide rate.

In America, religiousness but not a particular type of religiousness seems to be important in the prevention of suicide.  Interestingly, Catholics and Protestants have similar suicide rates even though Catholics have a greater stigma against suicide and have considered it a mortal sin, although the Catholic Church now takes a more reasoned approach.

It is thought that religion offers people hope for their condition that can not be found in atheism.  Religious congregations are often supportive of your disappointments and help as a coping mechanism to enable an appropriate response to the challenges of life.

One large study of over one million people found that,

In fully adjusted models analysing 1119 cases of suicide, Roman Catholics, Protestants and those professing no religion recorded similar risks. The risk associated with conservative Christians was lower than that for Catholics (HR = 0.71, 95% CI 0.52–0.97).

The positive effect of religion on mental health of all kinds has been a surprising outcome of recent studies.  It had been thought for many years by liberal academia that religiosity was a manifestation of psychiatric illness and would lead to further psychiatric problems.

Instead, studies have demonstrated without a doubt that religion instead offers support and a reason for existence to the average person.  But it is more than just being surrounded by like-minded individuals; the message of religion itself and the comfort it gives seems to offer positive emotional support to many people.

It should not be a surprise then that religion and good mental health are positively correlated.

Many recent studies have evaluated whether Christians are happier than their secular neighbors and compared the proportion of Christians happy with other religious groups. The question as to what makes people happier has been a question pondered by philosophers throughout time.  Philosophers from Aristotle to Jacques Rousseau and Bertrand Russel… Read More »

« Faith and Family
Christians and Success »

Leave A Response to "Christians and Depression" Cancel reply