We all know the trope – it is propagated by Christian and non-Christian alike: Christians and education cannot be in the same sentence.  For example, the respected Christian scholar Mark Noll began a book with this sentence,

He then charged that churches

have nourished millions of believers in the simple verities of the gospel but have largely abandoned … the arts, and other realms of high culture.

The twentieth century has been full of such charges.  The common precept is that religion is not compatible with intelligence or education.  Richard Hofstadter won a Pulitzer Prize for his book Anti-Intellectualism in American Life in which he argued that a preference for ignorance is prevalent in American Christianity.

The presidential candidate Barack Obama was able to feed into this charge with his speech in San Francisco arguing that middle America “cling to guns or religion.”

Famously, Richard Dawkins – the infamous biologist who rales against religious belief – described his associates as “The Brights” clearly suggesting religious believers were less brilliant in their intellectual life.  The “Brights Movement” has become popular among those who hold a world view of philosophical naturalism.

But is that a true charge; are Christians less educated than their secular peers, or is this just a trope promulgated by self-righteous secularists bent on damaging the reputation of Christians?

Richard Hofstadter explains how Americans are in general lacking in culture – and doubly so for religious Americans,

One begins with the hardly contestable proposition that religious faith is not, in the main, propagated by logic and learning.  One moves on from this to the idea that it is bes propagated … by men who have been unlearned and ignorant.  It seems to follow from this that the kind of wisdom and truth possessed by such men is superior to what learned and cultivated minds have. … Accordingly, though one shrinks from a bald statement of the conclusion, humble ignorance is far better as a human quality than a cultivated mind.  At bottom, this proposition … has been eminently congenial both to American evangelicalism and to American democracy. 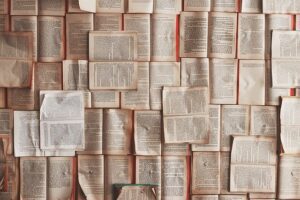 Books – Image by Free-Photos from Pixabay

Reading.  One reason why there are few Christian publishers may be the assumption that Christians do not read much.  This is taken as a given with no research to confirm their prejudice.

Research from the Arts and Religion Survey shows the reading habits of white Americans with respect to their church attendance.  There were African Americans within the survey; however, so few of them did not attend a church that a statistical evaluation could not be obtained.

These results are consistent with Christians reading more than their secular neighbors. 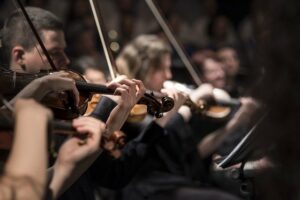 Orchestra – Image by Pexels from Pixabay

Music and Arts. Perhaps these readers were still anti-intellectual or their reading material was not a difficult as their secular neighbors; this would be difficult to measure.  Hofstadter believed America had an anti-intellectualism by noting President Eisenhower read western novels while his opponent Adlai Stevenson who was thought to be more culturally minded.

All of this information is culled from the General Social Survey and the Arts and Religion Survey.

The Arts and Religion Survey went even further and asked respondents,

If we think of the arts as including painting, music of all kinds, dance, theater, and creative literature, how important would you say the arts are in your life?  The survey found that weekly church attenders placed more importance of the arts in their lives than did their secular neighbors by a a statistically significant amount.

Nor surprisingly, weekly church attendees responded affirmatively at a much higher incidence than their secular counterparts at a highly statistically significant rate. 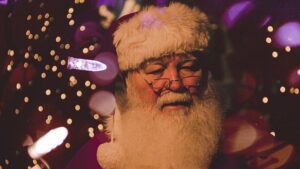 Secular militant attacks on Christianity frequently include attacks on the gullibility of Christians.  Simply put, how could any thinking person believe in a resurrection, miracles, or a divine being.  These beliefs are equated with belief in Santa Claus and secularists self-righteously proclaim themselves “noble” for facing the future without belief in an afterlife.

Yet, many of these same self-proclaimed “Brights” including Carl Sagan and Richard Dawkins express their belief in the existence of “godlike” creatures on distant planets – so-called super races.  Of course, this belief will not likely be decided one way or another in our lifetimes and so the “Brights” are safe in their self-proclaimed wisdom.

There are, however, several areas where credulity can be rigorously evaluated and subject to empirical investigation. 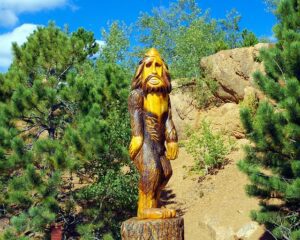 Bigfoot and Aliens.  A sample of 1439 undergraduate college students from the University of Washington was evaluated to determine their beliefs of different paranormal phenomena.  Those students who said they were not religious were found to be the most likely to embrace a series of occult and paranormal beliefs.  Alternatively, students who said they were “born again” and that their religious beliefs were “very important” were much less likely to hold such beliefs. (Bainbridge and Stark)

This finding led to angry letters from readers of the Skeptical Inquirer that such findings could not be true.  However, they were.

The authors ended their paper with the statement,

Those who hope that a decline in traditional religion would inaugurate a new Age of Reason ought to think again.

The Baylor National Religious Survey was conducted in 2005 to help determine whether these results from 25 years previously were just an outlier.  There were nine areas of occult or paranormal belief that was evaluated by this study, 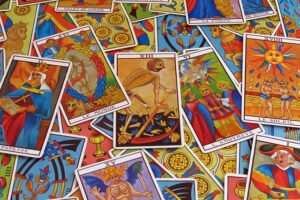 Responses to these questions were then made to create an Index of Occult and Paranormal Belief, and the respondents were placed into one of four categories: Low, Medium, Medium High, and High.

These research findings are clear: Traditional Christian religion greatly decreased gullibility as measured by belief in the occult and the paranormal.  Education level was found to have no effect. 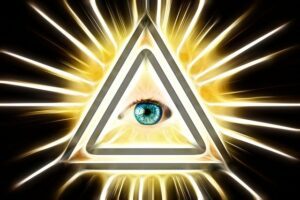 Image by Gerd Altmann from Pixabay

The decline of belief in basic Christian tenants in liberal Protestant America occurred at the same time as an increase in a little-organized form of spirituality that has come to be classified as a New Age movement.  The movement traces its origins to the nineteenth century being associated with such fringe figures such as Emanuel Swedenborg and Helena Blavatsky (the founder of theosophy).

The New Age philosophy is described by the German sociologist Ernst Troeltsch as,

mystical … non-historical, formless, and purely individualistic. … Whatever organized forms it does adopt are loose and provisional. … In itself, this kind of spirituality feels no need for sacraments. … This religious romanticism … is the secret religion of the educated classes.

Recently, New Age philosophy has been described as,

drawing on both Eastern and Western spiritual and metaphysical traditions and then infusing them with influences from self-help and motivational psychology, holistic health, parapsychology, [and] consciousness research. 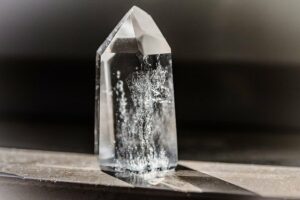 Adding these three items created a New Age Orientation Index ranging from 0 through 3; 72 percent of Americans scored 0 rejecting all three items; while 1 percent believed in all three.

New Age Beliefs and Religious Belief.  People who never attend church were more than three times more likely to have New Age beliefs than those who attended weekly.

Forty percent of Unitarians scored high on the New Age belief system as did 82 percent of Buddhists and 17 percent of Jews, as compared with 4 percent of Evangelical Protestants and 5 percent of Roman Catholics.

These results all indicate that the belief that evangelicals are a bunch of uncultured, uneducated hillbillies is not founded.  It is not churchgoers who are prone to patronize Tarot Card readers or believe the stars influence their daily routine, believe in Bigfoot and ghosts.

Instead, it is church-goers who are more likely to read, be patrons of the arts, and to enjoy classical music.

The relationship between Christians and depression has only recently been investigated. The usual narrative heard in modern secular mental opinion articles is that mental health is adversely affected by Christianity.  For example, the famous expert Sigmund Freud denounced Christianity not just as cause of mental health, but actually a form of mental… Read More »

Leave A Response to "Christians and Education" Cancel reply