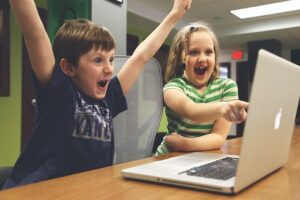 Happier – Image by StartupStockPhotos from Pixabay

Many recent studies have evaluated whether Christians are happier than their secular neighbors and compared the proportion of Christians happy with other religious groups.

The question as to what makes people happier has been a question pondered by philosophers throughout time.  Philosophers from Aristotle to Jacques Rousseau and Bertrand Russel have considered happiness to be one of the principal goals of human existence.

What makes one person happy may not work for other individuals.  Happiness, after all, relates to emotion and is often not defined by empirical data but rather by changing feelings.

Research indicates that the representative “happy person” is a young, healthy, well-educated, well-paid, optimistic, and extroverted individual.  The happiest of these also tended to be religious, married, with high self-esteem and job morale with modest aspirations.

Research indicates that your gender or level of intelligence does not enter the happiness equation as both measures are approximately equal among happy people. 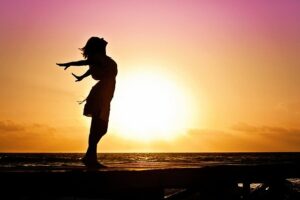 Image by Jill Wellington from Pixabay

The Pew Research Center performed a study to evaluate the relationship between religion and happiness defined by an individual.  They found that worldwide, more than 80 percent of people identify with a religious group. In addition, they determined that there are 5.8 billion religiously affiliated adults and children throughout the world, representing about 84% of the world’s population.

This population of religiously affiliated individuals included the following groups,

Other religious identities include Baha’i, Jainism, Sikhism, Shintoism, Taoism, Tenrikyo, Wicca, and Zoroastrianism, to mention only a few. 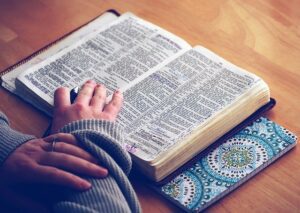 Christians are fairly well distributed throughout the world, while other groups tend to be geographically isolated. For example, roughly equal numbers of Christians live in Europe (26 percent), Latin America and the Caribbean (24 percent), and the sub-Saharan Africa region (24 percent).

Similarly, 62 percent of the world’s Muslims live in the Asia Pacific region of the country.

The study also showed that about three-quarters of the world’s people live in regions where their religious group makes up most of the population.  Overwhelmingly, Hindus and Christians live in countries where they are in the majority.

Ninety-seven percent of Hindus live in the majority, most living in India, Mauritius, and Nepal.

People who attend religious services are more likely than secular individuals to join other non-religious social groups such as charities and clubs.

We have elsewhere documented that religious Christians are more charitable to both churches and secular charities.  This tendency is true in the United States and eight of the 26 other countries surveyed.

This tendency of religious people to be more socially oriented with more outside social exposure may be why religious people are also less depressed and have fewer psychiatric issues than their secular counterparts.

As an extension of their greater social involvement, Christians are more likely to vote and be politically active than their secular counterparts.

There are no countries where the actively religious population is less likely to vote than the secular population. 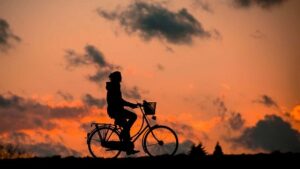 Image by renategranade0 from Pixabay

The religious population is generally healthier than their secular counterparts.  There are likely many reasons for this health disparity, but probably a large contribution relates to their improved health habits.

The religiously unaffiliated are more likely to be smokers and drinkers than their religious neighbors.  Many religions try to get their people to adopt more healthy attitudes and practices.

Researches have found that improved happiness is correlated with improved health.

A study of more than 7,000 adults found those with a positive sense of well-being were 47 percent more likely to consume fresh fruits and vegetables than their less happy counterparts.  They also found that happy people were 33 percent more likely to be physically active, defined as ten or more hours of exercise a week.

Being happier is associated with improved sleep habits and practices.  The proper amount of sleep is significant for blood pressure, cancer prevention, Alzheimer’s Disease prevention, heart disease, and longevity.

A 2016 review of 44 studies found that there seems to be a link between proper sleep habits and happiness.

Researchers have determined that happiness is correlated with a better immune system and possibly with an increased ability to fight off colds and chest infections.

One study evaluated 300 healthy individuals and evaluated their risk of developing a cold after nasal drops gave individuals a common cold virus.  The least happy individuals were almost three times more likely to be sick than their happier counterparts.

These effects persist over time. For example, after three years, investigators followed these same individuals, there remained a 20 percent difference between the cortisol level of the happy testers and the unhappy ones.

Some research suggests that happier people tend to experience pain less severely than their unhappy counterparts.

Arthritis is certainly a common condition that occurs more frequently in older individuals with painful and stiff joints.

Many studies have found that a higher sense of well-being may reduce the pain and stiffness associated with arthritis.  Studies also show that being happy may improve the physical functioning of people with arthritis.

One study of 1000 people with painful arthritis found that happier individuals walked an extra 711 steps a day – 8.5 percent more than their less happy counterparts.

Happiness also seems to reduce the pain associated with other medical conditions. For example, a study of over 1000 individuals recovering from a stroke found that the happiest individual had 13 percent less pain after three months than their less happy counterparts.

With all these positive health effects of happiness, it should not be too surprising that happy people tend to live longer.

A long-term study of 32,000 people evaluated the effect of happiness on life expectancy.  The study found that the risk of death over the 30-year study was 14 percent higher in unhappy individuals than their happy counterparts.

The higher positive sense of well-being also positively affected long-term survival, reducing the risk of death by 18 percent in healthy people and 2 percent in those with preexisting illnesses.

Studies show that religiously active tend to be happier in their lives than their secular counterparts.

This reported subjective feeling does not seem to relate to education, gender, or economic status but rather is a function of their religious attendance.

The more an individual attends religious practices, the happier they seem to be on average.  Additionally, the religiously affiliated are more socially active in their communities and vote more frequently than their secular neighbors.

While this is a subjective feeling, most would agree that being happy would be a goal of most people, whatever their living circumstances. In addition, happiness is generally associated with improved health.

This seems to be self-evident and known to philosophers long before it was investigated by medical science.

Happiness is the meaning and the purpose of life, the whole aim and end of human existence.

While most Christians would agree that happiness is certainly important, they would not go so far as to believe it is the “whole end of human existence.”

The relationship between Christians and depression has only recently been investigated. The usual narrative heard in modern secular mental opinion articles is that mental health is adversely affected by Christianity.  For example, the famous expert Sigmund Freud denounced Christianity not just as a cause of mental health issues, but actually… Read More »

We all know the trope – it is propagated by Christian and non-Christian alike: Christians and education cannot be in the same sentence.  For example, the respected Christian scholar Mark Noll began a book with this sentence, The scandal of the evangelical mind is that there is not much of… Read More »

Leave A Response to "Christians are Happier" Cancel reply