Skeptical authors have always held that the four gospels are folklore – just tales of epic stories that in reality represent a gross exaggeration and manipulation of actual events.  This is thought to have been done by ancient scribes interested in magnifying their country’s history.  These skeptics believe that stories about Christ’s life were fabricated by his followers to fulfill ancient Old Testament prophecies concerning the Messiah.  In this manner, they invented a grand narrative while establishing their Old Testament writers as being real prophets.

These skeptics have been countered by Christian historians who defend the reliability and historicity of the gospels as actual historical events.  These four gospels were written by four people who actually describe one historical event from differing perspectives.   One French scholar, Henri Deniel-Rops (whose real name was Henri Petiot) wrote,

This model describes the four gospels as having been written independently by four separate authors at four different locations and times.  However, this is not the universal belief of all theologians.

The Derivative View of the Reliability of the Gospels 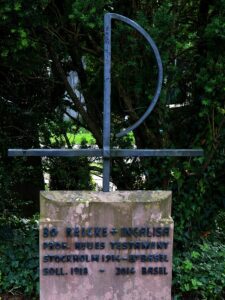 Scholars have tried to trace the development of the four gospels as coming from a unique source now lost to history.  Bo Reicke wrote in his book, The Roots of the Synoptic Gospels, that present liberal theories as to the authorship of the New Testament gospels can be summarized below,

First, since the middle of the nineteenth century, most scholars have based their synoptic investigations on the assumption that texts were used by the evangelist as literary sources. [rather than historical]

These literary approaches contradict each other, and their advocates have not yet been able to convince the adherents of the other theories.

The ancient Jewish culture into which Christ was born did not use literary documents – very few people could read.  They lived in an oral tradition-based culture where history was passed down by word of mouth.  Daniel-Rops notes,

we must rid ourselves for the moment of our habits as modern men, men of a paper civilization.  For us, reading and writing are two such automatic operations that we can scarcely imagine how some societies have almost managed to do without them.  Our memories, in consequence, have become anemic and stiff, but it is not so among many Eastern peoples who make more demands on it; it was not so in the time of Christ.  To learn by heart and recie were the two normal operations for the transmission of a text.  The great writers of Israel were no doubt, quite literally, great speakers; thus the prophecies of Jeremiah were spoken over a period of twenty-two years before being written down.

Later, in the same way, the Mishnah, the most essential part of the Talmud, was only written down after centuries of oral transmission.  “A good disciple,” said the rabbis, “is like a well-built cistern: He does not let fall one drop of water from his mater’s teaching.”  We must imagine the first instruction in the gospel in the same fashion; what the apostles stored up in their memory, they taught infallibly to their own disciples, who in their turn would repeat it to their hearts. 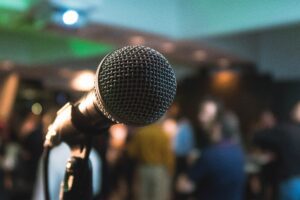 The oral tradition very accurately passed down information from generation to generation in ancient societies.

An article in Christianity Today agrees with this summary of the accuracy of an oral tradition.  Craig Keener who is a professor of biblical studies at Asbury Theological Seminary, set out to demonstrate the gospel represent actual historical biographic comparable to those written by their Greco-Roman counterparts.  As such, they need to be taken as serious works of historical merit rather than fictional myths.

He wrote a 700-page exploration of this topic, Christobriography: Memory, History, and the  Reliability of the Gospels in which he wrote,

I begin with a caveat, since some might assume “faithful” preservation to extend beyond substance to exact wording. Just as biographers could frame accounts in their own words and with their own emphases, so did prior traditions. No one, then, is claiming that the gospels typically report Jesus’s words verbatim (not least because he usually taught in Aramaic, and the gospels usually report his words in Greek). Simply comparing one gospel with another over the span of several parallel passages should disabuse us of expecting verbatim agreement.

But then, ancient readers did not expect verbatim agreement. In fact, the synoptic gospels actually come closer to verbatim agreement than was common in ancient biography and historiography. Short aphorisms, or proverb-like sayings, can be preserved close to verbatim, and ancient disciples often rehearsed them to this end. Parables and other similar material, however, could be paraphrased so long as the essential story line remained the same.

Given what we know about disciples in antiquity, and given the relatively brief span of time between Jesus’s public ministry and the first written accounts that we know about, historians should expect genuine reports of events and teachings of Jesus to dominate in the gospels.

As a Christian, I personally affirm more than that, but I believe that even on purely historical grounds, we should expect most accounts in the gospels to reflect genuine events in Jesus’s life or genuine teachings of his.

He then went on to note concerning the accuracy of these oral traditions,

Early twentieth-century form critics attempted to compare material in the gospels to folk tales passed on for centuries, but that model cannot fit first-century gospels. Oral historians distinguish between oral history, which depends on reports from within living memory—while some of those who knew the eyewitnesses remain alive—and oral tradition. Oral tradition can preserve a historical core of events, but oral history preserves more than subsequent tradition does. On any first-century date for the gospels, we are dealing with oral history.

By way of illustration, I ask my students how many of them remember some events from four decades ago. A few do. A larger number were not yet born. Then I ask how many of them know reliable witnesses who can remember events from four decades ago. All of them do. Ancient disciples normally learned their teachers’ teachings well. Then philosophic schools, schools of Torah teachers, and so on, often propagated those teachings from one generation to the next.

The point is that the gospels were written when many of the eye-witnesses were still alive.  If they were total fabrications, these witnesses would have gone to the authorities and object.  There would be plenty of opportunities for enemies of Christianity – and there were many – to step forward with their counter-evidence. 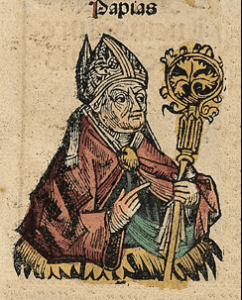 Some of the ancient church fathers felt that oral tradition was more reliable than what would be written down.  The reason is that books could be altered over time, but the oral tradition was shared by thousands and would be more difficult to change.  Papias (60-130) lived during the time of the apostles and noted,

Whenever anyone came my way, who had been a follower of my seniors, I would ask for the accounts of our seniors: What did Andrew or Peter say? Or Phillip or Thomas or James or John or Matthew, or any of the Lord’s disciples? I also asked: What did Aristion and John the Presbyter, disciples of the Lord say. For, as I see it, it is not so much from books as from the living and permanent voice that I must draw profit (The Sayings of the Lord [between A.D. 115 and 140] as recorded by Eusebius, Ecclesiastical History, 3:39 [A.D. 325]).

Modern people hardly memorize anything; our powers of memorization have atrophied down to nearly nothing.  But it is a historical fact that ancient people who were mostly illiterate would memorize their stories and be able to pass them on word for word to future generations.

The Jewish communities would choose special people comparable in respect to the rabbis who would be responsible for memorization.  These people would have the great responsibility to preserve the “holy” traditions of the people.  They would be excused from other responsibilities and household duties so they could devote full time “to prayer and the ministry of the word.”

Birger Gerhardsson noted the importance of oral tradition in the preservation of ancient Jewish history.  In a time when few people could read, there was really no alternative for the common person.  He cites rabbinic quotations to illustrate this importance.  He notes that the Babylonian Talmud shows how the Jews memorized even what they did not understand.

Every man who forgets a single word of his Mishnah (i.e., what he has learned), Scripture accounts it unto him as if he had forfeited his soul.

If a teacher would forget what he had once known because of health concerns or old age, then he had to return to his own students to be reminded of what he had forgotten.  Jewish people had the concept of perfect memorization of important sayings and the Scripture drilled into them from their youth.  These same people memorized exactly what Jesus had told them regarding the New Covenant he was establishing.

All historical probability is in favor of Jesus’ disciples, and the whole of early Christianity, having accorded the sayings the one whom they believed to be the Messiah at least the same degree of respect as the people of a rabbi accorded the words of their master.

Summary of the Reliability of the Gospels 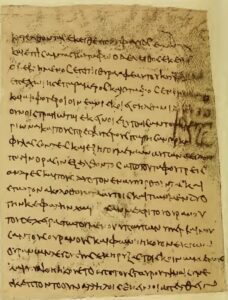 Great events have happened throughout the history of humanity for as long as he has walked upon the earth.  Most of these events have been lost to history as there was no written record of their occurrence.

Greek mythology was eventually written down but likely has little resemblance to any actual history.  There is no independent archaeological record for many of the mythologies in the Greek pantheon.

The Jewish people were meticulous in the oral recording of their Scripture until it was actually written down.  They were also scrupulous about preserving an accurate written record as well, being very careful not to make any copying mistakes.  This is the reason why the Isaiah Scroll found with the Dead Sea Scrolls estimated to have been written about 200 BC is nearly exactly like the modern version.

One of the important facts of the reliability of New Testament information is timing.  William Albright, one of the world’s outstanding biblical archaeologists, notes,

We can already say emphatically that there is no longer any solid basis for dating any book of the New Testament after cirrca AD 80, two full generations before the data between 130 and 150 given by the more radical New Testament critics of today.

This means the Gospels were written down only a few decades after the events portrayed took place.  There were actual eye-witnesses still alive who could have contradicted the gospels if there were any substantive errors.  There is no record of this actually occurring.

We will discuss this further in another blog post.

The identity of the gospel authors has been a topic of intense scrutiny for many years.  It would seem to be an open question as there is no eye-witness account to verify who wrote these important documents.  Liberal apologists argue they were likely not written by their namesake but instead… Read More »

Leave A Response to "Textual Reliability of the Gospels" Cancel reply