The Dead Sea Scrolls represent one of the most important archaeological discoveries of the last century.  The noted American archaeologist William F. Albright called it “the greatest manuscript discovery of all times.” But, on the other hand, the French scholar Dupont-Sommer felt, It is not a single revolution in the study of biblical exegesis … [it is] a whole cascade of revolutions.” 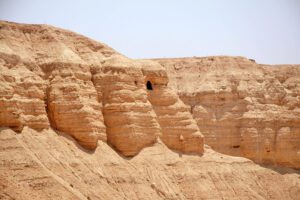 The Dead Sea Scrolls have also produced no end of controversy.  For example, William LaSor noted,

In the August, 1966 issue of Harper’s Magazine, Allegro spun a story of falsification, distortions, and innuendoes, the total effect of which was to belittle Jesus Christ, to discredit the New Testament, and to charge nearly all who have published anything on the Dead Sea Scrolls with being so biased that their works are not reliable.  He said, ‘Scholars are afraid of what the scrolls reveal,’ and claimed that ‘the main message of the scrolls remains hidden nearly twenty years after their discovery.’  Echoing Edmund Wilson, he maintained that New Testament scholars boycotted the Scrolls, and complained that most of the scholars working on the scrolls had ‘taken Christians order or been trained in the rabbinical tradition.’  In effect, suggesting that he alone was capable of giving an unbiased report, since he had no religious commitment, he made a plea for money, so that ‘a new generation of uncommitted scholars’ might have ‘the means of probing the significance [of the Scrolls] without fear or favor, undeterred by religiouis or academic pressure.

Allegro is known to be a committed scholar. Still, he likely also has biases, as evidenced by his close association with the secular humanist movement and several of his works, such as The Sacred Mushroom and the Cross: A Study of the Nature and Origin of Christianity Within the Fertility Cults of the Ancient Near East.

History of the Dead Sea Scrolls

Unfortunately, even scholars are not prophets and cannot know the future.  One of the greatest archaeologists of the last century, Sir Frederic Kenyon, wrote,

There is indeed no probability that we shall find manuscripts of the Hebrew text going back to a period before the formation of the text which we know as Masoretic.  We can only arrive at an idea of it by a study of the earlier translations made from it. 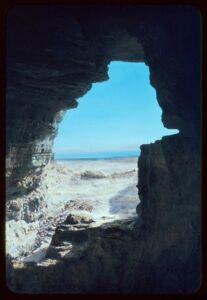 There was little to doubt that Kenyon’s words were correct when written.  But it was an unfortunate turn of events that just as his work was being published, the Dead Sea Scrolls were being found in Israel, which would fundamentally change Kenyon’s assertion about older manuscripts.

The northwest shore of the Dead Sea is cave country, just the right place to hide the sacred scrolls of ancient Jewish scribes while the Roman army was invading the country.  Leaving these invaluable documents in remote caves must have been difficult, but it was probably the best choice to keep them safe.

Bedouin shepherds of the Ta’amirah tribe found these sacred documents after boys heard a crashing sound after throwing rocks innocently into the caves.  The documents became famous instantly; unfortunately, human greed dictated that some would be broken up and sold as souvenirs. However, quick work by archaeologists working frantically to rescue the documents saved most of them.

Before the Scrolls’ discovery, the earliest known manuscripts of the Old Testament were from the ninth or tenth century AD.  These newly discovered scrolls from the caves along the Dead Sea dated from as early as the third century BC.

Accuracy of Ancient Manuscripts and the Dead Sea Scrolls

Except for a few copying errors here and there, the Dead Sea Scrolls were virtually identical to their counterparts from the ninth century.  This means that the doubts of secular scholars concerning the accuracy of modern versions were unfounded.  Allegro notes,

Excitment had run nigh among scholars when it became known in 1948 that a cave near the Dead Sea had produced pre-Massoretic texts of the Bible.  Was it possible that we were at last going to see traditions differing seriously from the standard text, which would throw some important light on this hazy period of variant tradition?  In some quarters the question was raised with some apprehension, especially when news-hungry journalists began to talk about changing the whole Bible in view of the latest discoveries, but closer examination showed that, on the whole, the differences shown by the first Isaiah scroll were of little account, and could often be explained on the basis of scribal errors, or different orthography, syntax, or grammatical form.

Modern scholars argue over the original version of the New Testament – “What did the ‘original’ say?”  The Masoretic Text has been accepted as the best representation of the Old Testament for many years, and it was relieving to know the much older Dead Sea Scrolls agree in most details.  The Scrolls also suggest that the first-century original Old Testament quoted in Scrip[true was also influenced by other traditions.

The destruction of the Temple in Jerusalem in 70 AD produced a severe problem for Jewish religious leaders.  They had a significant and fundamental challenge in preserving the Old Testament law for the people to follow.  Allegro notes,

It was therefore essential for the unity of the Faith that the text of this work should be standardized and given the authority of the one favored redntion from which no serious variance would be allowed.  A synod was convened at Jamnia, near Jaffa, between AD 90 and 100, at which certain disputed questions regarding the acceptability of some of the books were decided.  At this time also, besides the text of the canon, the type of text to be used as standard must have been agreed upon, and perhaps even the type of script in which future copies of the law would be written. … Thus, from the end of the 1st century the standard text of the Bible was more or less fixed and has been preserved for us to the present time with remarkably few variations. 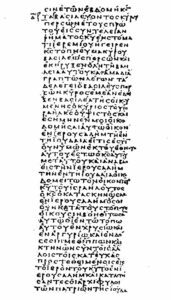 A portion of the Septuagint written from 325 – 350 AD – By Unknown author – Plate XXI. The S.S. Teacher’s Edition: The Holy Bible. New York: Henry Frowde, Publisher to the University of Oxford, 1896., Public Domain, Link

The Septuagint (or LXX) is the Greek Old Testament is the earliest Greek translation of books from the Old Testament, various Biblical Apocrypha, and several other books.  The first five books, known as the Torah, was written during the third century BC, while the remaining books are presumed to have been translated in the second century BC.

After Alexander the Great died, his kingdom was divided among his generals, and Israel came under the rule of the Greeks.  The full title of this work is “The Translation of the Seventy,” deriving from the story that the Hebrew Torah was translated into Greek at the request of Ptolemy 11 Philadelphus (285 – 247 BC) by 70 Jewish scholars.  The Greek Old Testament was in common use among the Alexandrian Jews.  Egyptian papyri from the period agree that the translation of the Torah occurred in the third century BC. Thus, the entire translation of the Hebrew Old Testament into Greek was completed by 117 BC.

This work was primarily useful for the Jews living in Hellenized Egypt who were more fluent in Greek – the commonly spoken language – than Hebrew.  Approximately half of Paul’s Old Testament quotations agree closely with the LXX.  There were also several other Greek translations of the Old Testament and the more popular LXX.

Aquila brought out a Greek translation agreeing more with the Masoretic text, while another version authored by Theodotion appeared in the third century AD.  Finally, there was another Greek version by Symmachus.  It seemed to have been a mess with all these Greek translations being translated from Hebrew.

Origin tried to make some order out of this messy situation by publishing the Hexapla. This version contained six columns,

The Qumran Scrolls of the Old Testament represent several textual or recension traditions and not just a single one.  Some biblical books testify to the textus receptus of the later Masoretic tradition; others, especially the books of Samuel and Jeremiah and the chronology of Kings, echo the Hebrew underlying the Greek Bible; others will correspond to the Samaritan version.

The ancient Jews were confronted with multiple Greek translations of their Hebrew Old Testament.  This is similar to the situations faced by modern Christians.  Some Christians only read the King James Version, while others like a more modern rendition.  The important thing to remember among all these renditions is that differences are matters of detail with no bearing on major doctrinal issues.

Importance of the Dead Sea Scrolls 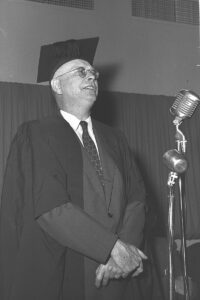 Archaeological evidence continues to support the historicity of the Scriptures.  Several renowned archaeologists and scholars of antiquity discuss how important these findings have been.  William Albright noted,

The excessive skepticism shown toward the Bible by important historical schools of the eighteenth and nineteenth centuries, certain phases of which will appear periodically, has been progressively discredited.  Discovery after discovery has established the accuracy of the innumerable details, and has brought increased recognition to the value of the Bible as a source of history.

As critical study of the Bible is more and more influenced by the rich new material from the ancient Near East we will see a steady rise in respect for the historical significance of now neglected to despised passages and details in the Old and New Testament.

Oto Betz of Tubingen conceded that “after the dead Sea Scrolls were discovered, you could no longer say there was no historical Jesus.

The role which archaeology is performing in New Testament research (as well as that of the Old Testament) in expediting scientific study, balancing critical theory, illustrating, elucidating, supplementing, and authenticating historical and cultural backgrounds, constitutes the one bright spot in the future of criticism of the Sacred text.

Millar Burrows, a scholar of some stature, notes concerning the Dead Sea Scrolls,

It is quite true that as a liberal Protestant I do not share all the beliefs of my more conservative brethren.  It is my considered conclusion, however, that is one will go through any of the historical statements of the Christian faith he will find nothing that has been or can be disproved by the Dead Sea Scrolls.

Archaeological work has unquestionably strengthened confidence in the reliability of the Scripture record.  More than one archaeologist has found his respect for the Bible increased by the experience of excavation in Palestine.

On the whole such evidence as archaeology has afforded thus far, especially by providing additional and older manuscripts of the books of the Bible, strengthens our confidence to the accuracy with which the text has been transmitted through the centuries.

Hebrew Writing Prior to Babylonian Invasion

I have had discussions with many people online over the years who challenge the very existence of Christ. They often question, “did Jesus really exist?”  Skeptics suggest there would be more evidence of his existence were he really the Son of God who did miracles. These skeptics believe there is… Read More »