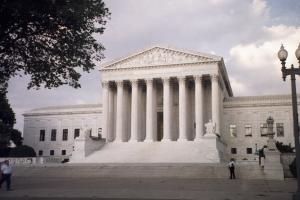 The question as to who has custody of children has become a central issue in the homeschooling controversy recently opened by a Harvard Law professor, Elizabeth Bartholet.  She is the faculty director of the Harvard Law School’s Child Advocacy Program who recently wrote an article which proposes a ban on homeschooling.

This ban is predicated upon the belief that government knows best what is right for your child with the implication that parents do not.  The article alleges that some parents choose homeschooling with the express purpose of abusing their children and do this by providing religious instruction.

The author presumes to equate religious instruction at home with child abuse.  She maintains the very fact that many conservative Christians embrace homeschooling as a viable option is proof enough to discredit this entire model of home education.

Of course, the law would disagree with the professor ion that parents have no only the responsibility to care for the secular needs and protection of their children, but also the right to guide and educate them – not the government.  Parental rights are not “absolute” in the rare case of actual child abuse or abandonment but otherwise parents are enshrined with that responsibility and privilege. 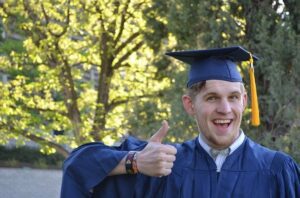 Image by robtowne0 from Pixabay

As might be expected, homeschooling has become a contentious issue between those who believe children ultimately belong to parents while others believe they belong to society.  The latter view posits society has the responsibility for the education of children and supersedes the will of parents.

The literature on this topic is massive but the consensus of the last 35 years of research generally extols the virtue of homeschooling children.

An article summarizing this peer reviewed research evaluates, among other things, the relative success of home-schooled children as they progress through college and adulthood.  There were 16 studies which specifically investigated the relative success of the home schooled children; eleven of the 16 showed positive outcomes for the home-schooled compared to those in conventional schools compared to four studies which found no significant difference.

Since more and more students are being enrolled in the home school, more recent studies have been able to evaluate a large group than earlier.  One study published in 2010 was one of the first tightly designed comparative studies.  Multiple regression statistical evaluation demonstrated that

the college students who were home schooled earn higher first-year and fourth-year GPAs when controlling for demographic, pre-college, engagement, and first-term academic factors.  Further, there were no differences between homeschooled student’s fall-to-fall retention and four year graduation rates when compared to conventionally educated students. 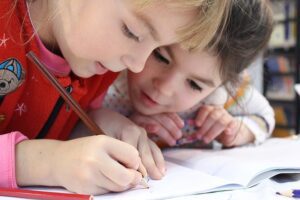 Cheng provided another methodologically rigorous study in 2014 evaluating college students from homeschool and other backgrounds evaluating their level of political tolerance.  He found that

those with more exposure to homeschooling relative to public schooling tend to be more politically tolerant. 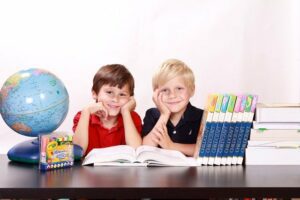 Recent studies show how home schooled children compare favorably to those in conventional government schools with respect to academic achievement.  Furthermore, religious children generally do better on standardized tests of academic achievement compared to their secular counterparts.  Religious children generally have less behavioral problems with better graduation rates, and have higher entrance into advanced education than their secular counterparts.

Faced with these facts, Bartholet admits she considers academic achievement “irrelevant.”  She is more concerned about religious “indoctrination” into the “majority culture.”  She believes, inaccurately, that parents will not expose their children to a “range of viewpoints and values.”  As noted above, home-schooled children have actually been shown in controlled peer-reviewed studies to have increased political tolerance when compared to their government schooled peers.

One outraged Harvard graduate countered this argument by noting that even if many home-schooled students are Christians, “Why does that matter?”  It is not the purview of the government to override a family’s convictions or determine a students worldview as long as they are receiving an adequate education. 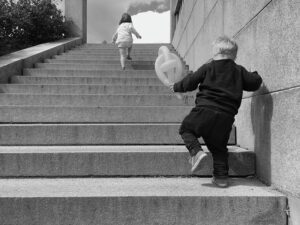 Bartholet attempts to pit the rights of children to be taught a “majority culture” against the rights of parents over their children.  Most would agree that a child does best when their educational experience fits their learning style and academic abilities.

Only a safe parent or legal guardian can make the determination as to the needs of the child in their care.  The government can not and does not make that determination for every child.  Children are taught in large classrooms with educational instruction set at a level adjusted to the average child.  The government does not have the resources to adequately even care for vulnerable children in foster care let along every child in public schools.

Bartholet makes the determination that in order to enforce a “majority culture” on everybody, the child’s individual needs must succumb to the greater good of educational and instructional uniformity.  This philosophy does not seem to be best for many children – and even counterproductive. 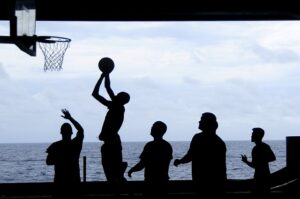 One of the most enduring tropes concerning the home schooled child is that they are not adequately socialized.  The poor child is kept within the four walls of the home separate from his peers and so never learns to develop the social skills needed to succeed.

This objection may have been relevant forty years ago, but not today.  Bartholet does not recognize how home schooling organizations have organized socialization programs specifically for the purpose of bring home schooled children together.  These include home schooler field trips, community classes, sports activities, college course, and other outings.

Not being hindered by a traditional school schedule, these trips can be organized throughout their weekly schedule at times that work for the children and their families.

The demographics of home schooled children has shifted drastically over time as more families are choosing the home schooling option.  The public school is viewed as being more dangerous encumbered with ineffective and inefficient curriculum, educational methods, lack of creative and independent learning, understaffing, mistreatment of special needs children, exposure to drugs and crime, bullying, inequality, and lack of physical activity and playtime.

Families have discovered that rather than working long hours to afford housing in a “good” school district, home schooling allows parents to chose more affordable house closer to their work.  Parents may fine their shorter working hours enable them to spend more time at home with the family.

Home schooling has become a successful alternative as parents believe their children have a right to a safe environment and protection.

The home schooling movement has always been a sore point with liberal politicians and educators who worry that home schooled children are not being educated in the proper way.  The “proper way” often means education in social norms not fitting their parents’ worldview.

The whole movement has been caught in a power struggle between parents who believe they know best what works for their children, and the public school system that wishes to educate children to societal norms.

Parents make the sacrifice of their personal time and finances to educate their children to become successful in today’s world, and produce children that are as tolerant of diverse ideas than their public school peers – if nor more so.

Charter Schools Charter schools recently have been at the forefront concerning the education of America’s children.  It is clear to many that some public schools – especially in inner-city minority neighborhoods – have been a dismal failure. Education in the United States has been a topic of intense political concern… Read More »

Teacher-led prayer in public schools has been forbidden by the Supreme Court for many decades.  Many Christians feel that the exclusion of God from public schools along with the promotion of secular ideologies has contributed to the failure of graduates to do better in life.  Certainly, this is a difficult… Read More »

Those who are in favor of a large, centralized government often believe giving other people’s money to charity is to be encouraged.  Those who pay taxes do not have a direct voice in how their money is spent, or how inefficiently the government redistributes their hard-earned dollars. Benjamin Franklin is… Read More »

Charitable giving has been part of the American narrative since its founding.  The average citizen of colonial America supported the church, helped build hospitals, libraries, and supported higher education. Charitable giving has also been important to some of the richest Americans who ever lived.  Rockefeller was one of those Americans…. Read More »