The resurrection of Christ is at the center of Christianity.

While there may be different beliefs among churches as to exactly what Christ’s resurrection means for mankind, the historicity of the resurrection is a central belief shared by all Christian faiths.

It is one of those non-negotiable beliefs that is required to be called a Christian.

If there was no resurrection, then all the sacrifices Christians have made over hundreds of years, all the money invested in Christianity, all the time and service spent by countless millions of people, all of it would be useless. It would mean we are deluded, brainwashed, and have a belief in something that is an ancient myth.

The historicity of the resurrection has been challenged ever since that first Good Friday. The great philosopher David Hume from the 18th century did not discount the possibility but considered it so unlikely as to be ignored. Derren Brown, an illusionist who can amaze audience with his magic act, noted concerning the resurrection,

These are sacred stories that are there to show a divine person. It’s the equivalent of a cult spring up now around a soldier in World War Two who had died and been resurrected and the evidence they give you for that was some anonymous, second-hand, written information in the 1980s. How seriously would you be expected to take it?

Many skeptics even doubt whether Christ ever actually lived – whether his history and actual existence are total myths.

Bible scholars from across the belief spectrum have been investigating the evidence relating to the historicity of the events surrounding the resurrection. A whole new scholarship has developed within the past generation concerning many of the historical features surrounding this event and how it relates to Christian belief. 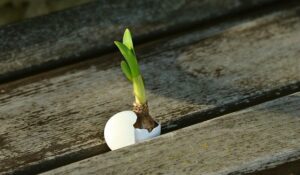 Some of the most important research has been from Gary Habermas and Mike Licona who authored a book The Case for the Resurrection of Jesus who have adopted a new argument called the “minimal facts” approach. This approach was further developed in a 708 page tome written by Licona in 2010 titled The Resurrection of Jesus.

This approach does not appeal to the inspiration of Scripture or any attempt to compare the historical accounts.

Habermas described this as the “least common denominator” version of the facts. These are the events that are confirmed by Biblical – and extra-Biblical observers who were alive at that time to document the facts as they were then known.

When these facts are examined by fair agnostic scholars, most will attest to these “minimal facts.”

Habermas and Licona then make the argument that the totality of these “minimal facts” makes the argument for the historicity of the resurrection very strong. These are five of these minimalist facts.

Christ’s death by crucifixion is one of the most undisputed facts attested by atheist scholars. Not only is the crucifixion documented in Scriptures, but also by extra-Biblical contemporary historians 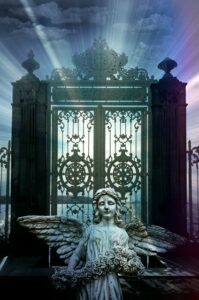 Nabeel Qureshi is a convert from Islam to Christianity and notes the major factor resulting in this conversion was his recognizing the historicity of Christ’s death on the cross. He felt that if Christ really did die at the hands of harsh Roman executioners, then the resurrection became a possibility.

The minority view of those who argue against the reality of Christ’s death on the Cross – or whether he lived at all – are in the scholastic minority with their position being indefensible.

The historicity of the death of Christ is as solid as the historical existence of any ancient figure.

The next minimal fact is whether there was an empty tomb.

All four gospels tell of Jewish followers discovering an empty tomb on the first day of the week. The scholars note that a story that is difficult to believe or embarrassing is more likely to be true. This is known as the “criterion of embarrassment.” Invented stories are usually those which are meant to make us look better.

In all four gospel accounts, the first people to find the empty tomb are women. In ancient Jewish culture, the testimony of women was held as being untrustworthy and unreliable. Certainly, if a first-century charlatan was trying to make the specious discovery of an empty tomb sound credible, he would have had he tomb discovered by a man – not a woman.

The discovery of the empty tomb by women would have been an embarrassment to the ancient Jews. The story would have put them in bad light – especially when some of the men refused to believe their story.

This is a remarkable piece of corroborating evidence that is present in all four gospels. 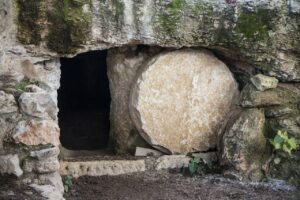 The next minimal fact is how hundreds of credible witnesses attested to meeting the risen Christ. Christ did not just appear to his chosen twelve, but literally hundreds of others.

The skeptics suggest that this might represent a kind of “group hallucination” or perhaps “hallucination” produced by a single important event. But the historical records do not support this proposed mass hallucination for several reasons.

The first is that mass hallucinations do not hallucinate about the same thing; everybody’s hallucinations will be different. But even more revealing is that hundreds of people reporting on a resurrection that did not occur would have been challenged by other witnesses.

These witnesses were porting on an event that took place in the recent past – not something generations previously. Other resurrection mythologies were formalized generations if not hundreds of years later.

It may be taken as historically certain that Peter and the disciples had experiences after Jesus’ death in which Jesus appeared to them as the risen Christ.

It seems that many of Jesus’ initial followers were less than totally committed. Take Peter for example. He was with Christ for his entire three-year ministry and had first-hand experiences of multiple miracles, healings, and even the transfiguration on the Mount.

And yet, Peter denied Christ three times on the night of his betrayal fearing no doubt for his life.

There were also others who always believed Christ was a fraud or at best deluded. Those included his own half-brother, James, and Saul of Tarsus who busied himself rounding up Christians for persecution.

After the resurrection, these three, among many others, came to demonstrate resolve and courage in their preaching of Christ’s message. They would all eventually die for their faith.

The conversion of skeptics who were eye-witnesses of the events on Good Friday speaks toward the truth of the resurrection event. Christ would hardly have inspired loyalty to the death were he just a deluded Jewish rabbi.

Explosive Growth of the Christian Church 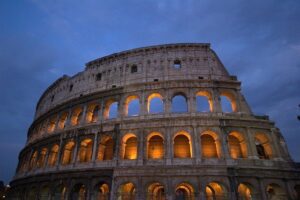 There were literally thousands of Jewish people who came to believe in Christ after the resurrection event. It is a well-confirmed historical fact that Christianity spread throughout the Roman Empire like a wildfire.

This explosive growth was met with the most brutal forms of persecution imaginable. It is difficult to conceive that parents would willingly be slaughtered by wild animals along with their children rather than deny their faith.  The Christians refused to deny Christ and worship Roman deities including the Emporer.

A Jewish man becoming a Christian was a tremendous leap of faith; it would involve losing his larger family and ignoring his previous customs and culture. Those who know Orthodox Jews of today understand how difficult that must have been.

The spread of Christianity was specifically unlike the spread of other world religions like Islam. While Christianity spread under great persecution of a people who were non-violent, Islam spread through the then-known world at the point of a sword.

The explosive growth of Christianity marked a process by which a group of dejected, uneducated local Jewish men from the backward parts of Israel This group of dejected men many returning to their fishermen jobs just after the crucifixion became the bold, confident people willing to be rejected by their family and culture and suffer intense persecution and death for their troubles.

Members of this new movement were so confident of what they had witnessed that they changed their day of worship from Saturday to the first day of the week when Christ was resurrected. They were meeting to worship on the day when their non-believing family was going off to their usual work.  This caused them to be different, to not accept the usual pagan lifestyle.

These five minimalist facts noted above are accepted by modern historians regardless of their religious beliefs.

As noted above, even secular historians accept that something big happened on Good Friday; the question is exactly what.

The best explanation seems to be what happened is exactly what the disciples and other witnesses of the resurrection believed happened. To believe anything else seems only to ignore the clear factual evidence.

Objections to the Resurrection
The Rolling Stones

Leave A Response to "The Resurrection" Cancel reply