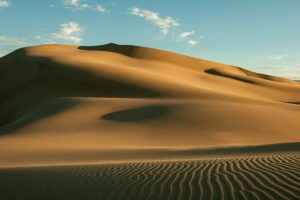 Image by hbieser from Pixabay

The ancient Canaanites are an ancient population that inhabited the Promised Land when the Hebrews escaped from slavery in Egypt under the leadership of Moses. Ancient texts show the Canaanites lived in the “land of Canaan” which may have included portions of modern-day Israel, Palestine, Lebanon, Syria, and Jordan.

Archaeology scholars believe the Canaanites represented a diverse group of people who never were politically united under one leadership. Ann Killebrew, an archaeology professor from Penn State University noted in her book “Biblical Peoples and Ethnicity” that,

“Canaan was not made up of a single ‘ethnic’ group but consisted of a population whose diversity may be hinted at by the great variety of burial customs and cultic structures. 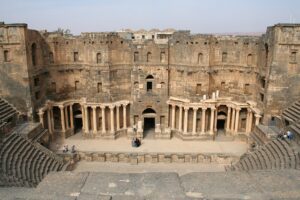 Image by David Mark from Pixabay

Fragments of a letter found at an archaeological site in Mari located in modern-day Syria. The letter written about 3,800 years ago is addressed to “Yasmah-Adad” – a king of Mari, noting that “thieves and Canaanites” are in a town called “Rahisum.”

Another text referring to the Canaanites was written about 3500 years ago was written on a statue of Idrimi, a king who ruled a city named “Alalakh” in modern-day Turkey. The writing notes that the author was forced to relocate to a city in “Canaan” named “Amiya” which is thought to represent a city in modern-day Lebanon.

Grendon Benz, a professor at William Jewell College in Missouri noted in his book “The Land Before the Kingdom of Israel, that the designation “the land of Canaan” identified an individual or groups of individuals in the same way that others were defined by their city of origin.

Probably the richest ancient texts concerning Canaan come from the Egyptian city of Amara. This city was constructed as the new capital of Egypt by the pharaoh Akhenaten who tried to change Egypt’s pantheistic religion around the worship of “Aten” – the sun disk. These letters are diplomatic correspondence between Akhenaten and various rulers in the Middle East. These are now known as the “Armana Letters.”

These letters show how Egypt held power over the Canaanite kings at this time. One letter from a king of Babylon complains about the killing of Babylonian merchants in Canaan and reminds the Egyptian Pharaoh that “the land of Canaan is your land and its kinds are your servants.”

These texts also illustrate how Egypt send military expeditions into Canaan to keep the peace. A famous stele erected by a pharaoh named Merneptah claimed that “Canaan has been plundered into every sort of woe. The same stele also claims that Merneptah “laid waste” to “Israel.”

Canaan and the Bible 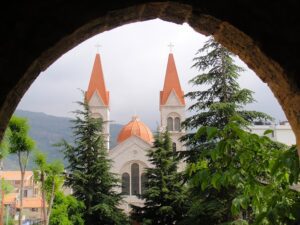 Image by David Mark from Pixabay

Much of the Old Testament concerns the various battles and controversies between various Canaanite populations and the Hebrews also living there. The Hebrews were warned not to intermingle with the Canaanite population as they were polytheistic, worshiping idols, statues, and practiced religious ceremonies that were not counter to Israel’s God.

Scripture notes that after leaving Egypt, the Israelites fought a series of wars against the Canaanites (and other groups) which led to the Israelites taking over much of the land.

Until recently, all we know about the Canaanites was from secondhand sources as they left no surviving written records. Ancient DNE recovered from five Canaanite skeletons suggests that these people survived to contribute their genes to modern populations.

These skeletons come from Sidon – a coastal city in Lebanon. Geneticists from the Wellcome Trust Sanger Institute in Hixton, UK extracted enough DNA from four skeletons to sequence whole genomes of the Canaanite individuals who lived about 3700 years ago.

Ancient Greek sources suggest that the Canaanites migrated to the Levant from the East. Archaeologists compared the genomes from other populations living in Eurasia and found them to be similar to an earlier population living in Iran. These researchers estimated that this population moved from Iran into the Levant about 5000 years ago.

What Happened to the Ancient Canaanites

The next question is what happened to the ancient Canaanites. They could have interbred with multiple populations and so distributed their genes that they are no longer represented in any population. However, this appears not to be the case. Instead, it seems the Canaanites are now represented by the Lebanese. Genetics indicates that the present-day Lebanese population is largely descended from the Canaanites, inheriting more than 90% of their genes from this ancient population.

Genetics shows there was a population of people that can be identified as the ancient Canaanites that caused so much trouble for the ancient Hebrews. These people were eventually conquered to some degree by Joshua and his descendants but continued to be a source of problems for centuries.

They eventually were able to survive as a people and are represented by the modern-day Lebanese. These interesting findings are in agreement with the Biblical narrative and lend further confirmation that Scripture represents history as it happened.  Archaeological findings and genetics also confirm the existence of the Philistines – another group of people who inhabited the region and who fought with various Hebrew Kings – most notably King David.

Leave A Response to "The Ancient Canaanites" Cancel reply