Archaeologists recently discovered an ancient reference to the apostle Peter in the ancient city of Bethsaida.  Byzantine tradition considered Bethsaida to be the lodation nof Peter’s house, while some scholars place Peter’s residence in Capernaum.

Scripture seems to place Peter’s house in Bethsaida in John 1:44,

Now Philips was from Bethsaida, the city of Andrew and Peter.

Bethsaida was important in the ministry of Christ and is located on the northern shores of the Sea of Galilee.  Christ restored a blind man’s sight at a place just outside the village.  Bethsaida was also the location where Jesus miraculously fed the five thousand.

Church of the Apostles

Ancient Christians built The Church of the Apostles over the home of Peter and Andrew.  They were brothers and became two apostles of Christ.  The discovery of this church at this site helps to confirm the Biblical narrative.

Kineret College archaeologist Dr. Mordevhai Aviam has been one of the leading excavators of the site.  Bethsaida is located on the northern shores of the Sea of Galilee.

Last year we discussed the possibility there was a church there because we have tesserae (small glass blocks) from a mosaic floor, and we have pieces of marble and roof tiles.  We know there was a church but we didn’t have it — now we have it. 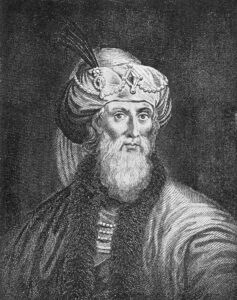 The archaeologists discovered the church’s southern wall and the well-preserved mosaic flooring.  Bethsaida later became the Roman city of Julias and was referenced by the historian Josephus.

Josephus Flavius, the Jewish historian in the first century, tells us that King Philip, the son of Herod the Great, who ruled from there to the Golan, toward Damascus – ruled the area – decided to upgrade the village of Bethsaida and to make it a polis [city], by the name of Julias, after the daughter of Emperor Augustus.

King Philip knew it is usually a good idea to try to please the Emperor!

Julias then became an important city in Galilee as Romans began to build their own houses in what was previously just a Jewish fisherman’s village.  Aviam noted,

Ancient Christian pilgrims frequently visited The Church of the Apostles during their pilgrimage through the Holy Land.

There is a document from a visitor from the end of the 7th century AD, a Christian pilgrim, [which] says that after he left Capernaum, he arrived to Bethsaida, and there is a church for the apostles, Peter and Andrew.  So for the Christians in the sixth, seventh, [and] eighth century it was still called Bethsaida, although there was nothing here but a church dedicated to [Peter and Andrew].  It was identified and a church was built.

The archaeologists on location plan to excavate the entire church.

The Mosaics and Peter

The archaeologists correctly attributed great importance to the mosaic flooring of the church.

Ancient craftsmen would frequently include important information in the flooring in addition to a beautiful design.  This flooring would be no different.

The archaeologists announced a mosaic inscription referring to Peter.  The recently discovered mosaic begins with the phrase,

Constantinos, the servant of the Messiah

who contributed funds for the flooring construction

the chief and commander of the heavenly apostles

which Byzantine Christians used to refer to the Apostle Peter.

The researchers believe that the church was originally dedicated to Peter and provides further evidence that the archeological site is the ancient city of Bethsaida.

The discovery of The Church of the Apostles further confirms the Scriptures’ historicity.  Peter was the leader of the ancient church.  It should not be surprising that references to Peter would be found in an ancient church.

These findings also establish extra-Biblical confirmation of the historicity of Scripture.  The underlying Christian message as to the historicity of Peter and, by implication, Christ are further confirmed to have been real people who did really important things in the ancient world.

The Biblical ancient city of Ziklag has been discovered in Israel.  The Times of Israel reports that the site was accidentally found by archaeologist Saar Ganor surveying the Elah Valley in 2007.  This valley is most popular as the site of the confrontation between King David and Golia. The boy shepherd… Read More »

There are three doomed cities pronounced by Christ in the New Testament.  These particular cities had seen more miraculous events and the personal teaching of Christ for years, and yet they failed to understand.  They could not see the meaning of what was right before their eyes. Many readers are… Read More »

Proving the Resurrection
The Moral Argument

Leave A Response to "Ancient Reference to Peter" Cancel reply