Historians know the original house of the Apostles Peter and Andrew was in Bethsaida which he likely shared with his brother Andrew.

Modern archaeologists have considered many of the Biblical sites as fictional places invented long ago by ancient Jews in which to stage their miraculous events. One such site thought lost to history was Bethsaida.

Many scientists have scoured the shores of the Sea of Galilee trying to find this lost city and the house of the Apostles Peter and Andrew for years.  Because of this, doubt arose whether it could ever be found. It was an important city in the New Testament as the house of Peter and James who were brothers, and Philip were located there.

Unfortunately, the search all failed to locate the church built over the house of the Apostles Peter and Andrew.  But that has all changed.

Church of the Apostles

Archaeologists have uncovered the ancient Byzantine-era Church of the Apostles which old records indicate was built over the houses of the apostles, Andrew and Peter. An eighth-century Christian pilgrim described the church as having been built over the house of Jesus’ apostles Peter and Andrew who were brothers.

Bethsaida is also the home town of Philips, another of Christ’s apostles.

Bethsaida is an important Biblical site for several reasons. It is the place where the New Testament records Jesus healing a blind man, and near the site where Christ fed the 5000 with loaves of bread and two fish.

The area around this site is still deeply involved with the fishing industry just as it was when Christ called many of his apostles who were professional fishermen to become “fishers of men.”

Archaeologists now identify Bethsaida with modern-day el-Araj.  That city has the ancient characteristics of the ancient Roman city described by Josephus. 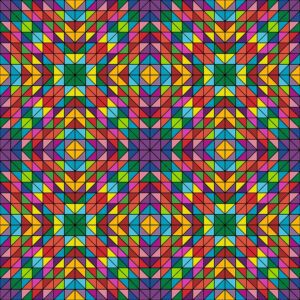 The mosaic floors of the ancient church have just recently been unearthed by a combined American and Israeli team.

It is always remarkable to bring these beautifully decorated floors to light after being buried for almost 1,500 years.

The church was mentioned by early Christian pilgrims to the area, most notably the Bavarian bishop Willibald in 725 AD. Notley remarked that Willibald

States that the church was in Bethsaida built over the house of Peter and Andrew, among the first disciples of Jesus.

The professor further remarked upon the significance of this finding,

First, until its recent discovery, many scholars questioned its existence. Although it is mentioned in Byzantine pilgrimage itineraries, many thought these reports mistaken. Of equal importance, the church indicates that there existed a living memory of the Christian community about the location of Bethsaida, home of Peter, Andrew and Philip.” (John 1;44).

The mosaic floor from the original Church of the Apostles marks the location of an original church, possibly the church over the apostles’ houses.

Looking for this church, the latest excavations went out from the original archaeological finding.   Due to this success, the archaeologists now plan to excavate the rest of the church.  Doing this, they hope to find the whole structure of the church or even the original house of the Apostles Peter and Andrew.

Most archaeologists now believe that another possible location located at nearby et-Tell is too far away from the Sea of Galilee to be a fishing village.  Of course, sea levels might have been higher two millennia ago making the shoreline nearer the Tell.

However, it appears the village was already in decline by the time Josephus wrote it became a Roman city.  This makes this alternate location of a city in decline less likely

Significance of the Church 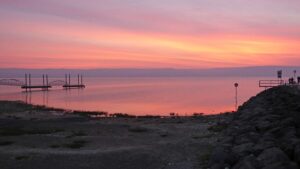 Scripture describes Christ healing a blind man at Bethsaida (Mark 9:22-26) as well as near where Jesus fed the five thousand people (Luke 9:10-17).

So far, archaeologists are confident that further excavations of this area in el-Araj will reveal more of its secrets. Because of this, there are plans to do much more exploration of the area in the near future.  Notley notes,

Thus far, we have only uncovered some of the southern rooms of the church, likely the southern aisle.  Electromagnetic imaging of the subsurface indicates there are more structures located at he church site.

Finding the likely location of the houses of two of Christ’s apostles makes the Biblical narrative more likely.

These archaeological findings along with many others continue to confirm the Bible as history.  Other examples include finding the Ring of Pilate, and stamps of Jezebel, King David, and Isaiah among others.

Secular archaeologists can no longer ignore the number of artifacts confirming the historicity of Scripture.

The Upper Room is one of the most venerated places in Jerusalem.  It is a site featured in the New Testament Gospels as the place where Jesus had his Last Supper with his disciples, and where he later appeared to them after the Resurrection.  It is also the place where… Read More »

The Capernaum Synagogue Finding an ancient synagogue in the Holy Land would seem to be unimportant – trival even.  We know from Scripture as well as from ancient records that Jews would congregate in a synagogue on the Sabbath.  There were multiple reasons for meeting in a synagogue, perhaps the… Read More »

Leave A Response to "Peter and Andrew’s House" Cancel reply