The modern steady state universe meant the universe could be infinitely old and infinitely large while maintaining its average density and observational characteristics over time.

This was a very convenient construct as it allowed an infinite number of chances to develop the world we know today.  Even such fantastically improbable events such as the creation of life on a rocky planet near a normal star become probable given enough time and chances.  This theory was favored for many years during the mid portion of the twentieth century in that is obviated the need for a Creator. 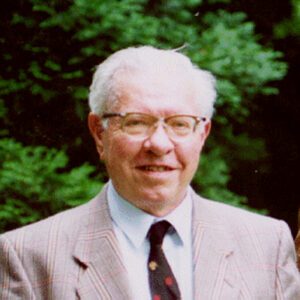 Gradually, even steady state’s original theorists such as Fred Hoyle came to abandon it as a viable theory.  Reasons for this desertion including characteristics of the cosmic background radiation, the relative abundances of the elements especially hydrogen and helium, the dispersal of galaxies with respect to time (they were not at all constant distances from each other as might be expected from the steady state theory), and the accelerating expansion of the universe.

The Big Bang theory became more and more the dominant theory as its major provisions were proven with direct observation.  Despite the success of this dominant theory, other scientists fought tenaciously against the obvious theological conclusions of this theory.  Other models were developed which included modifications of the steady state theory attempting to make it more viable.

If At First You Don’t Succeed …

Fred Hoyle and others published their variations of the steady state theory in a book entitled A Different Approach to Cosmology: From a Static Universe through the Big Bang towards Reality.  They proposed rather than all matter being continuously created throughout the universe as with the original steady state theory, that all matter is sporadically created in the nuclei of large active galaxies (those with explosive events in their cores).

This approach suggested that the universe is created by multiple “Small Bangs” in the center of galaxies in black holes.  All matter would be created in these galaxies and shot out into space.

An infinite age of such a universe would be its main advantage providing a way out of the theological conundrum proposed by a Big Bang universe.

The development of very large telescopes with much improved optics has provided sufficient magnification to allow for the identification of galaxy parts enveloping quasars.  They are not merely “points of light” but are now known to be primordial galaxies at the edge of the observable universe.

Quasars are now thought to be huge black holes of primordial galaxies sucking up gas in prodigious amounts to produce the energy observed.  In short, quasars are now known to be effectively destroying matter as predicted by the Big Bang model, rather than producing matter in a quasi-steady state model. 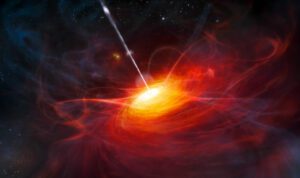 Space density surveys of quasars began to be published in 1994.  These studies attempted to determine the times during which quasars were being formed.

The Big Bang hypothesis would suggest quasars should be exceedingly rare at near the current age of the universe because the abundance of hydrogen and helium gas has already been chewed up by these enormous black holes and there is just enough gas present to feed their voracious appetite.

Similarly, very early in the universe’s existence quasars should be rare as quasars did not have sufficient time to form.  Quasars should have their greatest density in the time about twenty to twenty-five percent of the current universe age when there would have been sufficient time for quasar formation and while there was still sufficient gas present to feed their furnace.

Quasar density surveys have confirmed the big bang predictions while contradicting the quasi-steady state predictions.  Quasars are at the distances which would be predicted by the big bang model.

The quasi-steady state theory also suggests all the helium in the universe comes from hydrogen burning in the stars, while the big bang model indicates about one-fourth of the hydrogen initially present at the time of the big bang was converted into helium.  Stars would need to have burned for at least 100 billion years to produce all the helium in the universe, while astronomers fail to see any stars or galaxies older than 14 billion years.

Philosophical Problem with the Defeat of Steady State Model

Non-theistic astronomers have been searching for a way around the philosophical and theological implications of the big bang theory.  John Gribbin lamented in the British journal Nature that,

the biggest problem with the Big Bang theory of the origin of the Universe is the philosophical – perhaps even theological – what was there before the bang?  This problem alone was sufficient to give a great initial impetus to the Steady State Theory; but with that theory now sadly in conflict with the observations, the best way round this initial difficulty is provided by a model in which the universe expands from a singularity (that is, a beginning), collapses again, then repeats the cycle indefinitely.

The steady-state hypothesis and its other various derivatives were probably the best way to attempt defeat of the prevalent big bang model.

Observational data have subsequently shown the steady state hypothesis is not long credible.  While some cosmologists cling desperately to this theory primarily for metaphysical reasons, its defeat by the big bang hypothesis has been total.

There are other theories which are different from the steady state theory; perhaps the most defended recently has been the exact opposite theory.  Rather than a steady state, the oscillating universe is in constant flux between an expanding universe and a collapsing universe.  This has been affectionately called the Big Bang and the Big Crunch model.

This will be explored next.

The twentieth century was changed by the discovery of the expanding universe.  This discovery changed our view of the Universe and out place within it. Before the telescope was invented by Galileo in 1610, astronomers believed the universe consisted of only a few thousand stars and a few dozen nebulae…. Read More »

COBE Finds the Big Bang The COBE satellite was able to find hard evidence for the occurrence of the Big Bang.  Further study would make this event one of the best understood and best-documented events in the history of the universe. One of the greatest discoveries of the twentieth century… Read More »