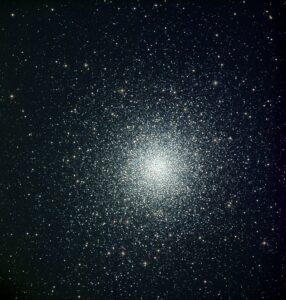 Stars are not uniformly distributed throughout the night sky but are often clumped together in star clusters.  These star clusters were of some nuisance to astronomers trying to discover comets or deep sky objects because they appeared similar to the casual observer. 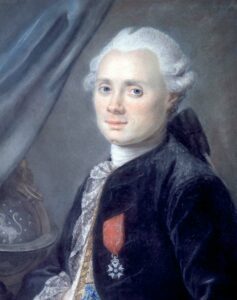 Charles Messier gained some fame in cataloging some of these annoying clusters so they could not be confused with other objects, especially comets.  His occupation as the Astronomer of the Navy for the government of France afforded him some opportunity to gain familiarity with the night sky.  He made a catalog of star clusters so that he and other astronomers of his day might not confuse them for more interesting astronomical objects.  His work resulted in the publication of “Catalog of Nebulae and Star Clusters” in 1774, where he identified forty-five objects.  He eventually expanded this catalog to 103 objects, which are today known by even amateur astronomers.  Some of these “clusters” turned out to be galaxies. For example, the object identified as M31 is the Andromeda Galaxy, and M42 is the Orion Nebula located in the sword of Orion, usually visible in the winter sky.

Better telescopes allowed more and more of these interesting objects to be discovered.  John Herschel would produce the General Catalog in 1864, identifying 5000 nebulae, and John Louis Emil Dreyer, who was directed of the Armagh Observatory in Ireland, produced the New General Catalogue, which compiled the location of over 13,000 nebulae and star clusters.

John Hershel tried to distinguish two different forms of star clusters in 1859, the “globular” and the “irregular” cluster.  Globular clusters are centrally condensed clusters that contain so many stars that they can not be counted.  We now know that some of these clusters contain up to a million stars. On the other hand, irregular clusters contain much few stars, are not centrally concentrated, and contain much fewer stars – maybe a few dozen to one-hundred or so.  These “irregular clusters” would eventually be re-classified as “open” clusters.

These clusters have become the object of intense research because they hold the key to discovering the universe’s age.

Star Clusters Held Together by Gravity

An amateur astronomer figured out what holds these star clusters together in 1767.  Reverend John Michell of Yorkshire (England) determined that these clusters are held together by “consequence of some general law (such perhaps as gravity.)  Clusters with large numbers of stars can hold themselves together forever – or for at least the life of the universe.  However, the clusters with fewer stars (open clusters) fall apart as the gravitational attraction between the stars is not enough to hold the entire cluster assembly together. 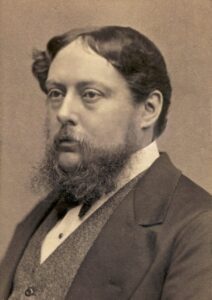 In 1879, Richard Proctor made another interesting observation that seemed to confirm the opinion of Reverend Michell.  He measured the motion of all the stars in open clusters and found they all appeared to be moving together, likely held together by their mutual gravity.

The individual stars in these open clusters appear to be moving toward a common point in space called the “convergence point.”  The spectrum of individual stars measures their radial velocity or the star’s motion toward or away from us.  The other variable that is needed is the proper motion of each star vertically and horizontally.  Using this information (see here for derivation), it is possible to determine the distance from us to the cluster.  Closer clusters will appear to be moving move quickly toward their convergence point than clusters that are further away.

This measuring stellar distance becomes important with stars that are too far away to measure their parallax distances accurately.  Measurement of the movement of stars requires precise observation and excellent equipment, and a dedication to details.

Lewis Boss was just such a person.  He was the director of the Dudley Observatory in New York from 1876 until he died in 1912.  He measured the “proper motion” (the apparent vertical and horizontal motion) of multiple stars and produced the Preliminary General Catalogue of 6188 Stars for the Epoch 1900. First, using the relatively small twelve-inch refractor telescope at Dudley Observatory, he measured the proper motion of several stars in the Hyades Cluster (the closest open star cluster to Earth).  He then measured their spectra, determined these stars’ radial velocity, and developed a “convergent point.” Finally, using this information, he calculated the distance to the stars located within the Hyades star cluster. 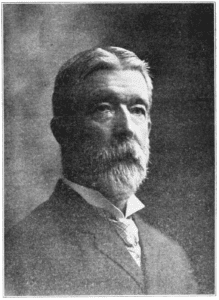 Other characteristics of Star Clusters

The individual stars within a star cluster are each thought to have derived from a single interstellar cloud.  But that does not mean that the individual stars need to be similar to each other in their physical makeup. For example, some stars will have small masses and are relatively dim, while others might be fifty times more massive than the Sun and be extremely luminous.  This means if a star cluster has an appreciable number of stars, they will likely be of different masses, luminosity, and temperature (color).

Astronomers then did the actual science and found the results supported their expectations.  Stars from the Hyades cluster were placed on the HR diagram, and they found the cluster to be very similar to all the stars in general.  There were some giant stars and some white dwarf stars as well.  Furthermore, stars in a cluster all showed the same features as other stars.  G stars in the Hyades were the same as regular G stars, not in a cluster, etc.

But now, we can do something interesting with stars in a cluster that we can not do with general non-cluster stars.  We know that all the stars in a cluster are approximately the same distance from us. So, while we could use the spectral type of each star to determine its absolute brightness and then construct an HR diagram, we can also use their “apparent” magnitude.  All the cluster stars are the same distance and will differ from their absolute brightness but the same amount.  When an HR diagram is constructed using only the apparent magnitude rather than the absolute magnitude, the HR diagram looks identical to once produced using the absolute magnitude.

Astronomers determined that an HR diagram of a star cluster could be produced using apparent rather than absolute magnitude because all the stars were at approximately the same distance from Earth.  This assumes importance with star clusters that are so far away that the motion of individual stars within the cluster can not be measured.

For example, if you can identify the spectrum of a G star within the cluster that is 100 times fainter than the K stars within the Hyades cluster.  We know the absolute brightness of these K stars is all about the same, so the only factor making the difference in the apparent brightness of the far-away cluster is its greater distance from us.  Using the inverse square law, the 100 times fainter stars in the distant cluster must be 10 times further away than the Hyades cluster.  This process is termed “main-sequence fitting.”  The Hyades cluster – the nearest cluster to the earth – is our yardstick.

Star clusters provide us with a yardstick that is tremendously powerful.  We now can measure the distance to any star cluster in which our modern huge telescopes can see individual stars.  If these individual stars can be imaged, then their spectral type can be identified and their absolute brightness determined.  Since its apparent brightness is self-apparent, astronomers can then calculate the distance to these clusters.

It turns out that some globular clusters in other galaxies are able to be resolved into individual stars and the distance to other galaxies determined.  This represented a phenomenal advance in astronomy.

The problem was, astronomers up to this point did not know why this is true – just the observation and experimental data to show that it was true.

Why massive stars are brighter and have a bluer color would only become apparent with understanding nuclear physics.

The next mystery to be addressed by astronomy concerned stellar mass.  Henry Russel proposed in 1914 that the hotter, more luminous stars had greater mass, while the cooler stars had a lower mass.  This means that the stars on the upper left of the Hertzsprung-Russell diagram had a greater stellar… Read More »

The Hertzsprung-Russell diagram is foundational to an understanding of stars and virtually everything astronomers have learned about stars, galaxies, and the universe.  The diagram plots the absolute magnitude of a star against its spectrum. Thus, to put any star on the diagram, we only need to know its surface temperature… Read More »

Paradox of the Dark Night Sky

The paradox of the dark night sky refers to the simple idea that if the universe were infinite in extent in every direction, then the night sky should appear bright – even brilliant.  This is because there should be an infinite number of stars in every bit of space in… Read More »