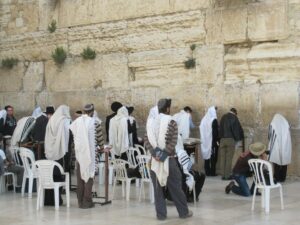 The existence of a historical King David has been doubted for decades by liberal scholars. They argued at best David was a regional warlord with little in the way of regional stature.

They argued his battles are myth made up by a people desperate to describe a glorious past. In reality, their whole history was largely a fable and totally made up.

Recent archaeological discoveries have rewritten history. The King David stone illustrates his name prominently placed among other important kings of the appropriate time frame. Many other important artifacts confirming the existence of ancient Biblical personalities have also been unearthed including Queen Jezebel, Isaiah, King Omri among many others.

One thing missing was the identification of King David’s palace.  Scripture documents the palace as being a large and important structure in ancient Jerusalem. Unearthing the palace would be an important substantiation of the Biblical story. 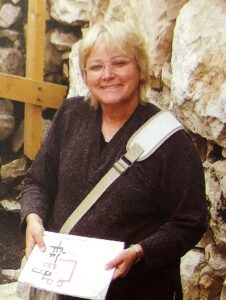 Prominent Israeli archaeologist Eliat Mazar excavated the large public building in Jerusalem. Mazar was evaluating this structure as being the palace of King David.

One of the towers of the structure was in danger of collapsing. Excavation of the larger structure halted while the tower was urgently evaluated. Soil from the tower was sifted by the Temple Mount Sifting Project as it had gained experience in this form of work.

Wet sifting is the process where debris is soaked with water to remove adherent clumps of soil and clay. Wet sifting helps to better see the underlying artifact. Without wet sifting, dirt and rocks can be difficult to differentiate from artifact treasures.

The artifacts recovered from this evaluation have helped the archaeologists to form a better understanding of ancient Israel.

More than one-hundred ancient bullae were uncovered after sifting the soil removed from the tower. These bullae are really not much more than clumps of clay with inscriptions on them. They were used by administrative personnel to seal important documents by imprinting their image onto molten wax.

One bulla contains the name of Ahimaaz that occurs only three times in Scripture (1 Samuel 14;50, 2 Samuel 15:27-36, 1 Kings 4;15).  Ahimaaz was one of the twelve governors who ruled over Israel during the time of Solomon.  This name has never been found previously in an archaeological dig.

Mazar believes this bulla substantiates the area as being an important administrative center for ancient Israel. This would be an appropriate finding to the King’s palace and helps substantiate the authenticity of their tower.

It is amazing to consider these precious bullae were hidden in plain sight in this archaeological area literally for millennia. They attest to the historicity of the Biblical record as they name characters mentioned in Scripture.

Many credit Eilat Mazar with the unearthing of a huge stone structure in ancient Jerusalem which may be the Palace of David.

She determined this was the likely location of the place from Scripture. 2 Samuel 5:17 refers to David “going down to the stronghold after having been anointed.” The only area above the ancient city is the Temple Mount area to the north. She started to dig at a possible area in February 2005.

Several feet below the surface she found artifacts from the Second Temple Period – about the time as Christ.

She claims a large structure found under the Second Temple artifacts to be the foundation of the Palace of David.

Artifacts found within the large stone structure show it was likely from the tenth century BC. These included luxury items such as two Phoenician-style ivory inlays. Comparable findings elsewhere suggest they might have belonged to a sword handle.

A bone found at the site was radiocarbon dated at the Weizmann Institute of Science showing a probable date from 1050 to 780 BC placing it within the time of King David.

A large section of a jug also found within the structure dates the site to the second half of the tenth century, BC.

Another structure found at the same site is the Stepped Stone Structure. This is an archaeological site on the eastern edge of the City of David. It is a narrow structure with a series of steps uncovered during a series of excavations by RAS Macalister in the 1920s, Kathleen Kenyon in the 1960s, and later by Yigal Shiloh in the 1980s.

Archaeologists suggest the Jebusites built the Millo prior to the time of King David. The texts also describe the Millo built by Solomon and repaired by Hezekiah without given an explanation as to its function and nature.

The King James Version of the Bible describes the Millo as “The Landfill” while the New International Version translates Millo as “supporting terraces.”

The origin, age, and nature of these ancient structures in Jerusalem is controversial.

Eilat Mazat dated the site by pottery found below and above the building remains. The pottery below is from Iron Age 1 and that found above is from Iron Age 2. This implies the construction of the building beginning at the interface of these two periods placing it in the tenth century BC.

Finkelstein from Tel Aviv University takes issue with this dating, however. He believes Mazat is taking direction primarily from Scripture and not from archaeology. Finkelstein accuses her of letting her religious beliefs interfere with her archaeological interpretation.  He relates,

The biblical text dominates this field operation, not archaeology. Had it not been for Mazar’s literal reading of biblical text, she never would have dated the remains to the 10th century BCE with such confidence.

The enormous scale of the structure suggests its importance. Pottery and other artifacts found within the large structure place its date to the tenth century which is the correct time for King David to be ruling Jerusalem.

Pottery found beneath the structure, and presumably from an earlier date, is dated to the 12th and 11th century BCE. This is also confirmed by radiocarbon dating to around 1000 BCE.

Bullae with names of officials mentioned in Scripture show the royal origins of the facility.   All of these factors support the reliability of Biblical sources.

The most recent archaeological findings these structures belonged to royalty.  They date to the tenth century BCE with some reliability.

The bullae found with the structures support their importance and are from the appropriate date.

This structure supports the ever-growing list of recently discovered artifacts supporting the Biblical narrative.  Put another way, archaeologists are not discovering artifacts that contradict scripture.

Students of Scripture can be confident of its reliability and historicity. Historians have criticized the historicity of Scripture for hundreds of years. These recent discoveries have completely changed this criticism since they support the Biblical narrative.

No longer does the Biblical student need to worry about archaeology and science uprooting their faith.  Newer discoveries in both areas are confirming the historicity and accuracy of Scripture