The universe seems to be made for life; it seems like the universe was made in such a way as to promote the existence of intelligent life.  The question that has plagued cosmologists for decades is how this extraordinary fine-tuning came into existence.  An analogy might help in understanding this problem.

Suppose you have just landed your first desk job.  It is your ideal position, one you have applied for many years ago but only now secured.  You can’t wait to get to work!

You check in to human resources, get the key to your office, and open the door.  You are amazed at what you find.

You notice music coming through your player and are astonished to hear your favorite music.  The beautiful color framed print is exactly the same as the one in your home office.  The office is scented with your favorite fragrance, and the furniture is nearly the same as what you have at home.

You then step into your bathroom (yes, your very own bathroom), and notice your favorite personal care products are carefully arranged the same way you have them at home.  Each of the bottles has been carefully opened from its container and is set to be used.

The room temperature is the same as your home, and the room colors seem to match the colors of your living room at home.  There is a large TV monitor set into the wall, and when you turn it on it opens to the channel you most enjoy watching during your spare time.

Sitting down in the padded chair in front of your desk, you decide that even though the office seems to have been carefully patterned after your usual personal choices it is all just a coincidence.

You then get to work without giving it another thought.

This scenario is similar to that experienced with the universe; it is adjusted to incredible tolerances to be just right for humanity.  If upwards of one-hundred physical constants and qualities were not precisely what they are now, then life would not exist.

The more I examine the universe and study the details of its architecture, the more evidence I find that the universe in some sense knew we were coming. 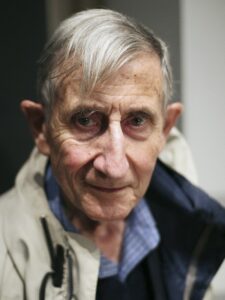 The laws of nature seem to have been made just for us – just for intelligent life.

The underlying question is what is the “cause” of this finely tuned universe?

Some have supposed the extraordinary tolerances to which these constants are adjusted can not have happened by chance. Others have assumed that we are just extraordinarily lucky to exist in the one universe out of maybe an infinity of universes that has the proper characteristics for life.

No major scientist today would argue that the current solitary universe is the result of chance.

The alternative hypothesis is proposed by John Leslie.  He argues that this fine-tuning is best explained as being specifically designed by a great intellect.  He notes,

If then, there were aspects of nature’s workings that appeared very fortunate and also entirely fundamental, then these might well be seen as evidence especially favoring belief in God.

This opinion is anathema to many secular scientists who hold there can never be a metaphysical explanation for physical processes.  This anti-metaphysical bias pervades most of science, and hold that anything which can not be rigidly tested is not a part of science.

The whole idea of an Intelligent Design is anathema to many scientists.  These scientists counter that there is no need to invoke a Designer if we can show an alternative hypothesis to fulfill the requirement of making our current universe possible. 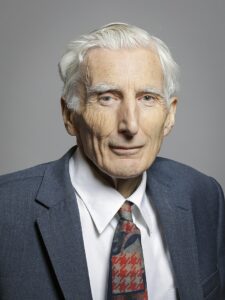 Martin Rees is one of the proponents for a multiverse.  He notes,

Any universe hospitable to life – what we might call a biophilic universe – has to be “adjusted” in a particular way.  The prerequisites for any life of the kind we know about – long-lived stable stars, stable atoms such as carbon, oxygen and silicon, able to combine into complex molecules, etc. – are sensitive to the physical laws and to the size, expansion rate and contents of the universe.

Rees believed that all of this could be explained by the Multiverse – or many “universes” – each with different laws and properties.  Our universe hit the jackpot and is conducive to the development of matter, chemistry, and eventually (through normal processes, of course) to life itself.

There are speculations as to how these alternative universes might have come into existence.  Cosmologists Andrei Linda and Alex Vilenkin suggested that universes develop from individual big bangs with different space-time dimensions from our universe.  Alan Guth, David Harrison, and Lee Smolin believe that universes arise from black holes (somehow), while Lisa Randall and Raman Sundrum propose universes exist in different spatial dimensions.

Rees agrees that all of these ideas are highly speculative and that no evidence of a universe exists. Rees also notes that

There are alternative theories that would lead just to one universe.

Paul Davies is a physicist and cosmologist who writes extensively for popular consumption.  He notes

It is trivially true that, in an infinite universe, anything that can happen will happen. 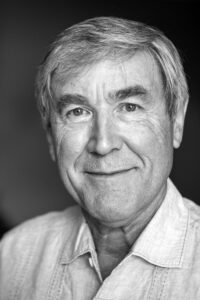 An alternative possibility with the same explanatory power, according to Flew, would be the entire universe and everything that it’s in it (including ourselves) sprang into existence only seconds ago.  All our memories of anything more remote than a few seconds is also only an illusion.  These claims cannot be disproven, and yet explains nothing.

The idea of a multiverse replaces the rational real world we know with a meaningless explanation that can never be disproven.

It is crazy to postulate a trillion (causally unconnected) universes to explain the features of one universe when postulating one entity (God) will do the job.

The underlying laws governing the entire multiverse may allow variety among the universes.  Some of what we call ‘laws of nature’ may in this grander perspective be local bylaws, consistent with some overarching theory governing the ensemble, but not uniquely fixed by that theory.

Multiverse proponents are often vague about how the parameter values are chosen across the defined ensemble.  If there is a ‘law of laws’ describing how parameter values are assigned as one goes from one universe to the next, then we have only shifted the problem of cosmic biophilicity up one level.  Why? First, because we need to explain where the “law of laws” comes from.

Both Rees and Davies point out that the entire multiverse hypothesis just pushes back the problem of the origin of properties of the universe back to another level and in reality explains nothing.  Put another way, the mechanism whereby multiple universes are produced in such a way as to have different physical parameters and characteristics must then be explained – of course, there is no plausible explanation for the multiverse generator either.

Multiverse or not, we still need to come up with an explanation for the laws of nature which are each extraordinarily fine-tuned for life.  This fine-tuning is far, far more exacting than anything tolerances we can achieve by our modern science.  The only viable explanation here seems to be a Designer who made the universe in such a way to enable us to appear for the Designer’s purposes.

The recently described incredibly finely-tuned nature of multiple physical constants is difficult to explain.  There is no reason to believe these constants have to be what they are; physics is possible with a wide variety of constants.  However, life and matter are not.

It seems impossible for these constants to have arisen due to chance – or even just one of them especially the cosmological constant.  Physicists realize their conundrum so in an effort to avoid any metaphysical implications many have resorted to the multiverse deception.

As Shakespeare might have noted, the multiverse hypothesis is

full of sound and fury, signifying nothing.

Flew then considers how something came from nothing.

The Laws of Nature as defined by Antony Flew represent the great order of the universe.  That there should be such order from a universe that originated from the Big Bang defies explanation and is one of the reasons why the atheist philosopher who fought for most of his life… Read More »

Order of Creation
How Did Life Go Live

Leave A Response to "Made For Life" Cancel reply