Television documentaries about Bible history often are aired during the major Christian holidays, especially during Easter.  These documentaries invariably include a spacial concerning the “lost” gospels.  These books are also known as apocryphal gospels from the Greek meaning “hidden book.” These “hidden” gospels purport to have been written by eyewitnesses to Christ’s ministry such as Peter, Judas, or Thomas – but they tell a story that is very different than the gospels included in Scripture.  These differences are not minor, but so substantial that they are “shocking” making them a frequent topic of discussion on popular outlets such as the History… Read More »

The age of the Old Testament has been a point of controversy between those who believe in the literal truth of the Old Testament versus secular scholars who believe it to be a relatively new invention. A study recently published in Proceedings of the National Academy of Sciences suggests the Hebrew Bible is older than most have previously believed.  The study was performed at the Tel Aviv University in Israel who analyzed multi-spectral images of sixteen ancient Hebrew inscriptions. The letters are written in ink of broken pottery shards (ostraca) using a proprietary software program specially designed for this purpose.  The… Read More »

The identity of the gospel authors has been a topic of intense scrutiny for many years.  It would seem to be an open question as there is no eye-witness account to verify who wrote these important documents.  Liberal apologists argue they were likely not written by their namesake but instead were gradually authored over years or even decades by well-meaning early Christian scribes. The early “church fathers” provide interesting testimony as to the actual authors of these documents.  Some of them lived within a few short decades of the apostles themselves and some were personally acquainted with an apostle. They… Read More »

The Biblical Archaeology Society wrote a nice piece concerning Jezebel’s hometown – the infamous Queen who led Israel into idolatry but later was eaten by dogs after being pushed out of a tower. She was the wife of King Ahab of the Northern Kingdom of Israel, and was famous for her confrontation with the Prophet Elijah. Many have supposed this archenemy of the Israelite people was only a story, like the Wicked Witch in the Wizard of Oz.  Recent archaeological evidence shows that she was a real character who left behind artifacts proving her historicity. Sidon Sidon was an influential… Read More » 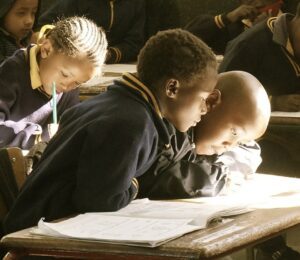 The question as to who has custody of children has become a central issue in the homeschooling controversy recently opened by a Harvard Law professor, Elizabeth Bartholet.  She is the faculty director of the Harvard Law School’s Child Advocacy Program who recently wrote an article which proposes a ban on homeschooling. This ban is predicated upon the belief that government knows best what is right for your child with the implication that parents do not.  The article alleges that some parents choose homeschooling with the express purpose of abusing their children and do this by providing religious instruction. The author… Read More » 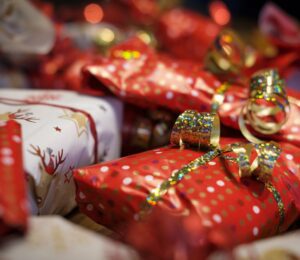 Charitable giving has been part of the American narrative since its founding.  The average citizen of colonial America supported the church, helped build hospitals, libraries, and supported higher education. Charitable giving has also been important to some of the richest Americans who ever lived.  Rockefeller was one of those Americans. John D. Rockefeller was one of the richest men who have ever lived. He is reported to have said, “God gave me my money” in 1905.  This quotation has been used to show the callousness and insensitivity of men of great wealth.  It sounds like justification for his hoarding such… Read More »